Hagia Sophia to be opened for Christians? 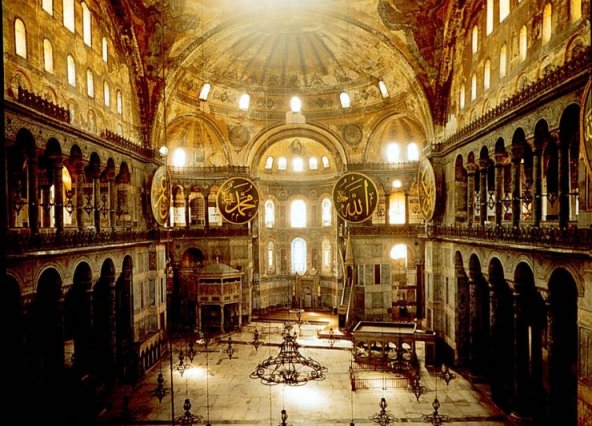 ISAM HEAD: “OPEN HAGIA SOPHIA TO MUSLIMS ON WEEKDAYS AND CHRISTIANS ON SUNDAYS”

The historic Hagia Sophia museum, which previously served as a Byzantine church and then an Ottoman mosque, could be opened to Muslim worshippers on weekdays and to Christians on Sunday, suggested Mehmet Akif Aydin, the head of the Istanbul-based Islamic Research Center (ISAM), yesterday. Aydin said that as a Muslim, he is disturbed to see Hagia Sofia still closed to worship. “I believe the continuation of the culture of coexistence at Hagia Sophia, which I hope will improve in Turkey, is more important and acceptable than it remaining a museum,” he said in an interview. “As a Muslim, I’d like it to (again) become a mosque. But if Hagia Sophia is supposed to be opened to Muslim worshippers on weekdays, then it should be opened to Christians on Sunday. Hagia Sophia was built as a place of worship. It served people in this way for more than a thousand years, both as a church and mosque. Now it is neither a church nor a mosque. It disturbs me to see that Hagia Sophia has become a museum and tourist destination.” Aydin added that if his suggestion is accepted, Hagia Sophia would stand as the first example of religions coexisting in one space.” I think it would be better for Hagia Sophia to be a place of worship for the two religions rather than remain a secular museum,” he said. “If we can re-open a church in Van, why not open Hagia Sophia to worship? This would contribute to the willingness of Muslims and Christians to coexist.” /Today’s Zaman/
Source: http://www.turkishpress.com/news.asp?id=358395

17 Responses to Hagia Sophia to be opened for Christians?