How to plant seeds of faith with strangers.

When having a conversation with someone who is ignorant or hostile to Catholic teaching, a reasoned, gentle defense is most effective

You are sitting at your son’s soccer game, enjoying the crisp weather and your boy’s joy for the game. Then you hear someone nearby say “Catholic Church,” then “divorce”; suddenly the hair on your neck stands on end and your body tenses.

You realize that two parents next to you are criticizing the Church; they notice you looking at them and ask, “What do you think?” 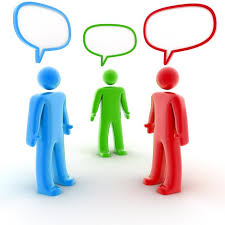 Now that we live in a post-Christian world, every one of us encounters situations like this. The Catholic Church teaches certain precepts that are simply unacceptable — antithetical, even — to the modern ethos. Standing by those precepts, we open ourselves to criticism and even attack. Furthermore — and sadly — there are scandals surrounding some Church figures that open Catholics up for easy condemnation.

So what are Catholics to do? How do we respond? What are our obligations in these situations?

In a time of persecution in a deeply pagan culture, our first pope, St. Peter, wrote to his fellow Christians, “Always be prepared to make a defense to any one who calls you to account for the hope that is in you” (1 Pt 3:15, RSV). This is an oft-quoted Scripture passage, espe-cially among evangelists and apologists, but not quoted as frequently are St. Peter’s next words, “yet do it with gentleness and reverence” (1 Pt 3:15b, RSV).

Thus we have the guidelines laid out for how we are to react when our faith is challenged or defamed:

◗ Be prepared to make a defense.

◗ Do so with gentleness and reverence.

So, how do we go about following St. Peter’s command?

Sizing up the situation

Practically speaking, one of the first steps to take when defending the Faith from attack is sizing up the situation — the person challenging the Church, the surrounding audience and the specific topic being addressed. Each of these factors helps determine the appropriate response a Catholic gives when a “hot-button” topic is brought up in public.

To “be prepared” means, initially, evaluating, however roughly, the motivations of the person whom you are addressing. There is a big difference between a person who loudly declares, “The Catholic Church is the greatest force for evil in the world today” and one who quietly tells you “I could never have as many children as you do.” Both are thinking contrary to an authentic Catholic worldview, but they are likely to be worlds apart when it comes to their attitude toward the Church.

Usually the situation is not as clear-cut as the two examples given, so it is a good practice to assume the best motivations on the part of the other person. St. Bernard of Clairvaux wrote:

“Even though you see something very bad about your neighbor, don’t jump immediately to conclusions, but rather make excuses for him interiorly. Excuse his intention, if you cannot excuse his action. Think that he may have acted out of ignorance, or by surprise, or accidentally. If the thing is so blatant that it cannot be denied, even so, believe it to be so, and say inwardly: the temptation must have been very strong” (Sermon on the Canticle of Canticles, 40).

It is always better to assume the best and be wrong than to believe the worst and be mistaken in that regard. By taking for granted that the other person’s intentions are in some respect good, one elevates the conversation and may actually bring out the best in the other person.

For example, if someone challenges the Church’s opposition to abortion, you can start with, “I know you must care deeply about women in crisis pregnancies …” and then explain why abortion is always a bad and harmful choice for the women involved. Even if the other person does not really care about pregnant women, you have shown clearly that you do.

Another factor in defending the Faith is the situation itself: Is this a private conversation or a public debate? If public, who is the audience — others who distrust the Church or are ignorant of its teachings? Often Jesus would use an attack by public leaders as an opportunity to instruct all those who were present. We can do likewise.

But we must be aware how ignorant most people are when it comes to the Catholic faith. The sad reality is that many Americans get the bulk of their knowledge of Church teaching from The Washington Post or The New York Times. When defending the Faith, we can never presume prior knowledge even about the most basic aspects of Catholicism. We live in a society, after all, in which claiming to have been an altar boy as a youth qualifies a person as an expert on all things Catholic.

In sizing up the situation we must also consider the topic at hand. More specifically, we must understand that certain issues personally impact the life of the person we are addressing. This is especially true when discussing topics concerning sexuality, such as abortion, contraception, extramarital relations, divorce and homosexuality.

Today it has become much easier for a person to accept that God is three persons sharing one divine nature than to admit that abortion is immoral, even though the former proposition is much more difficult to comprehend. This is because abortion can have a more immediate impact on someone’s life, especially for a woman who has had an abortion herself.

Part of St. Peter’s advice that we defend the Faith with “gentleness and reverence” is recognizing the hurt and misery that a person’s sins has upon them. Someone who has gone through a painful divorce and mistakenly believes she is now excommunicated from the Church may be angry with the Church and hurting deeply. A simple declaration that divorce is wrong is unlikely to pierce through such a broken heart. Instead, one must gently lead her to a deeper appreciation of the Church’s teaching on marriage, while accurately explaining the divorcée’s position in the Church.

Finally, each person has to know his own strengths and weaknesses. Although St. Peter’s command to “be prepared” applies to all Christians, it is also true that Our Lord gives each person certain talents, and thus each person should differ in how he responds to each specific situation. Our diverse talents are used by God in a variety of ways to build up the Body.

Sizing up the situation is only the beginning, of course. We must “be prepared,” but we must also actually “make a defense.”

The first step in giving an answer is knowing the answer. And the only way to do this is to study our Faith by reading the Bible, the Catechism and other books that explain the Church’s teachings clearly and without apology. (This assumes also that we are trying to live our Faith as well by attending Mass, receiving the sacraments, and living a life of prayer and good works.)

We do not have to be experts in theology and philosophy before we can open our mouths, but we do have an obligation to know the basics of the Church’s teachings and history. Most challenges against the Church today are rooted in ignorance; thus even a limited knowledge of the Faith is sufficient to refute these challenges.

Another important aspect of our response is our attitude. Keep in mind the words of St. Paul: “No foul language should come out of your mouths, but only such as is good for needed edification, that it may impart grace to those who hear” (Eph 4:29). Or, as the old saying goes, honey attracts better than vinegar.

We all know the type of person who is constantly complaining about this and that subject — and how many people do they draw in and attract by that approach? We must be the light of the world, and light illuminates and brightens; it does not darken and oppress. At times we must expose mistakes and false arguments, but the focus of our response should be the beauty of the truth, not the ugliness of error.

Likewise, we should resist the urge to be sarcastic and snarky. We live in a post-“Seinfeld” world where sarcasm and irony rule supreme, but we should fight the desire to use these as weapons in our arsenal. Sarcasm too often attacks the individual instead of the argument, and in defending the Faith we should always be aware that the opposing party is a person created in the image and likeness of God.

Treating him as anything less is an affront to the dignity of a human person.

A final note about our response: We are called to be defenders of the Faith, not defensive about it. Since many of the teachings of our Church run contrary to the modern zeitgeist, there are people who believe those teachings to be laughable and ridiculous. This can easily lead us into a defensive posture — either apologizing for what the Churchteaches or attacking those who don’t accept it. We have nothing to be defensive about: It is this culture which has called black white and evil good. What we believe is eminently reasonable and is the best way to live for every person on earth. It has been tested over the centuries and accepted as true by some of the most brilliant minds in history.

Our duty is to explain that faith and trust that open minds will see the beauty that resides in that truth.

Now that we have sized up the situation and given a response, what can we expect as a result? One of the biggest mistakes a Catholic can make is to expect immediate positive results. In our instant-gratification culture we may be tempted to expect others to respond immediately to our arguments and to change their positions on the spot. This will almost never happen. In my own experiences explaining the Faith to those opposed to it, I have never had a person tell me on the spot that he is wrong and I am right. However, I have had people approach me months, even years, later to say they considered the Church’s position more carefully after our discussion and eventually changed their mind.

Our job as evangelists and apologists is to present the truth in an attractive fashion, nothing more. We can never convince another person of the truth of the Faith — only the Holy Spirit can. We must simply plant seeds which the Holy Spirit can bring to fruition. Typically a person must encounter a proposition dozens of times before he will assent to it; it is unlikely that we will happen to be the last one in that line — especially if we are a stranger.

But if we have done our jobs properly, then we will have helped bring another person one step closer to Christ and his Church.

This entry was posted in Living Catholic lives and tagged Eric Sammons, OSV. Bookmark the permalink.

18 Responses to How to plant seeds of faith with strangers.