Kicking away the ladder 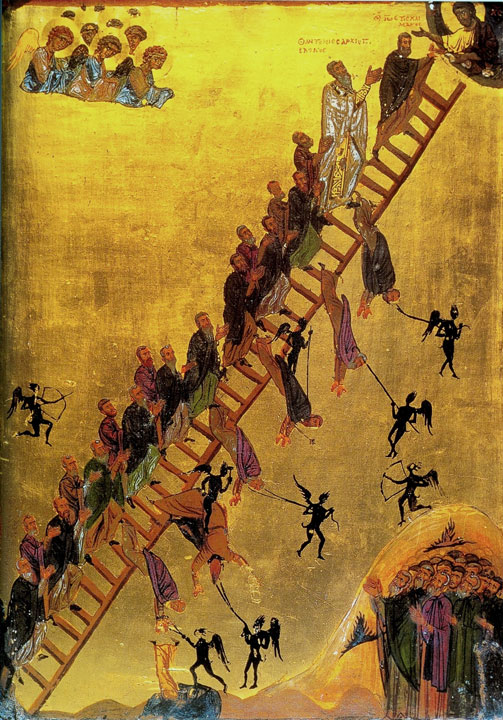 Shortly after I was born, an educationalist noticed that adults read in a peculiar way: we don’t actually read the letters in a word, or look at the word’s phonetic value, instead most adults look at a word, see its shape and read the shape of the word. If you have ever tried this you’ll know the truth of it, f*r *x*mpl*, w* d*n’t *ct**lly n**d t* s** wh*t v*w*ls *r* *n * w*rd t* w*rk **t wh*t th* w*rd s*ys.

Unfortunately, the educationalist in question had forgotten that he had been reading for a very long time and that he had once been taught to read. Having gone to a good, secular primary school I was taught the “Look and Say” reading method, based on being able to recognise whole words: we were essentially taught to treat the English language as if it were a collection of ideograms.

My younger cousins went to a thoroughly old fashioned school in the countryside. They were taught basic phonics. They, in turn, taught me how to read.

Similarly, some other bright spark had long ago decided that there was no point in teaching English grammar, which rather inhibited my ability to study any other language – it wasn’t until a very gifted teacher (big shout out to Mrs Cloud) started to take voluntary Latin classes in my sixth form years that I learnt enough grammar to start understanding the English language and to start learning foreign languages too.

Shortly after the second Vatican Council, the late Holy Father, Paul VI, asked a commission to reform the sacred liturgy in the ways mandated by the Council. That commission was led by a brilliant academic and a group of young men that were steeped in the liturgy and the very latest information that the archaeological record afforded. The leader of that group was Annibale Bugnini.

Mgr Bugnini and his collaborators decided that they should really try to recapture the primitive liturgy of the first centuries of Christianity (although their view of the archaelogical and historical evidence was heavily coloured by some overenthusiastic interpretations that are no longer considered quite as sound as they were in the 1960s). Even worse damage was done to the Kalendar, with the introduction of a three year cycle that, in theory, allowed the congregation to imbibe the whole Bible over a three year period, but in practice left ordinary Catholics at sea, the link between the readings and the seasons lost.

The result was a liturgy that ticked all of the boxes (just) and satisfied the learned men that had composed it. Generations of Catholic praxis and education enabled them to appreciate the wonders that they had wrought.

An assault was also mounted on the popular forms of devotion that had nurtured Catholics for generations: instead we were to cast aside silly fripperies like Eucharistic devotion in favour of more intellectually stimulating pursuits.

These changes satisfied a minority of people that were enthused by the brave new world of the 1970s, but left many of the rest of us far behind.

My generation was not schooled in the traditional devotions and many of us did not have the intellectual curiosity to appreciate the nuances of the new Mass or to see it in the context of the early Church as Mgr Bugnini had intended us to do. Instead we felt hungry, like adults fed on babies’ pap and wanting meat. The new Mass gives the Faith the sense of the bland, soullessness of a 1960s-built institutional building: the bride of Christ clad in concrete and chip-board.

Rediscovering the Old Mass and reading about the liturgical seasons (a hat-tip to Fr Hunwicke and to the Sons of the Most Holy Redeemer) has re-invigorated my faith and I am grateful to our Holy Father for liberating the Old Mass and for his “reform of the reform”: he has replaced the ladder kicked away by generations that had forgotten that they had once needed it too.

3 Responses to Kicking away the ladder