Institute of Christ the King to reopen a redundant church in the Wirral. 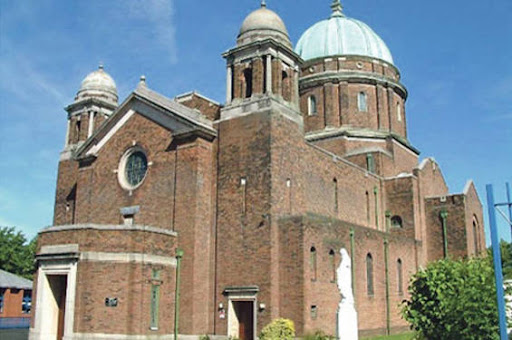 Ss Peter and Paul’s in Wallasey will welcome back parishioners later this year after a religious order of priests – the Institute of the Christ King – agreed to take over the “Dome from Home.”

The church was shut by the Diocese of Shrewsbury in 2008 sparking a campaign from parishioners to fight for its future.

Its day chapel was re-opened earlier this year for weekly mass but the fate of the main church building was still uncertain – until now.

The takeover means the historic church will become the first Catholic Church in Britain to be run by the Institute.

An ordination Mass for the Institute of Christ the King

Under the auspices of the traditionalist institute, Ss Peter and St Paul’s will become a centre for the Extraordinary Form Mass. Mgr Wach’s institute, headquartered in Gricigliano, near Florence, was given pontifical approval as a Society of Apostolic Life in 2008 and celebrates the sacraments according to the older form of the Roman Rite.

They currently have no houses in England and Wales, but send over priests from Belgium to say Sunday Mass in four English dioceses.

Bishop Davies was approached by the institute last year and met Mgr Wach after Easter to negotiate establishing the foundation. He also consulted with his fellow bishops in the North of England, the Patrimony Committee of the Catholic Bishops’ Conference of England and Wales, and English Heritage about the Church’s future.

After a concerted campaign by parishioners, the Vatican ruled in 2009 that the then Bishop Brian Noble had failed to follow the correct canonical procedure when closing the church. It later withdrew the ruling when it was assured that the parish’s move to a nearby Anglican parish was temporary.

A diocesan spokesman said: “The members of the institute will work in close collaboration with Fr Philip Moor, the parish priest of the Parish of the Holy Apostles and Martyrs, since it is the wish of Bishop Davies that this shrine church will express the harmony between the two usages of the one Roman Rite.

“As the Holy Father, Pope Benedict, reminded us in his 2007 Moto Proprio, Summorum Pontificum, ‘there is no contradiction between the two editions of the Roman Missal’, it is the sincere hope of the bishop that this establishment will foster reconciliation at the heart of the Church: one of the express aims of the 2007 papal document.

“Finally, the foundation will ensure that the patrimony of the church building so dear to Catholics and other members of the local community is secured and continues to bear witness to the faith and mission of the Church.”

This entry was posted in Catholic Orders and Congregations and tagged Bishop Mark Davies, Institute of Christ the King. Bookmark the permalink.

4 Responses to Institute of Christ the King to reopen a redundant church in the Wirral.