VATICAN CITY, 22 JUN 2011 (VIS) – Benedict XVI dedicated his catechesis
during this morning’s general audience to what he described as “the book of
prayer par excellence, the Book of Psalms”. The audience was held in St.
Peter’s Square in the presence of 10,000 people.

The 150 Psalms of the Book of Psalms “express all human experience”, said
the Pope. “All the truth of the believer comes together in those prayers,
which first the People of Israel and later the Church adopted as a special
way to mediate their relationship with the one God, and as an adequate
response to His having revealed Himself in history” 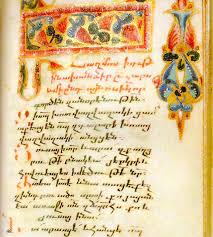 “Despite the many forms of expression they contain”, the Psalms “can be
divided into two broad categories: … supplication associated with
lamentation, and praise. These two dimensions are related, almost
indivisible, because supplication is animated by the certainty that God will
respond, and this opens the way to praise and thanksgiving; while praise and
thanksgiving arise from the experience of salvation received, which
presupposes the need for help expressed in the supplication. … Thus, in
the prayer of the Psalms, supplication and praise intertwine and fuse
together in a single song which celebrates the eternal grace of the Lord as
He bows down to our frailty”.

“The Psalms teach us to pray”, the Holy Father explained. “In them, the
Word of God becomes the word of prayer. … People who pray the Psalms speak
to God with the words of God, addressing Him with the words He Himself
taught us. … Through these words it is also possible to know and accept
the criteria of His actions, to approach the mystery of His thoughts and His
ways, so as to grow and develop in faith and love”.

“By teaching us to pray”, the Pope went on, “the Psalms also teach us that
at times of desolation, even in moments of suffering, the presence of God is
a source of wonder and consolation. We may weep, plead and seek
intercession, … but in the awareness that we are advancing towards the
light, where praise will be unending”.

“Equally important and significant are the manner and frequency in which
the words of the Psalms appear in the New Testament, where they assume and
underline that prophetic significance suggested by the link of the Book of
Psalms with the messianic figure of David. In His earthly life the Lord
Jesus prayed with the Psalms, and in Him they reach definitive fulfilment
and reveal their fullest and deepest meaning. The prayers of the Book of
Psalms, with which we speak to God, speak to us of Him, they speak of the
Son, image of the invisible God Who fully reveals the Father’s face to us.
Thus Christians, by praying the Psalms, pray to the Father in Christ and
with Christ, seeing those songs in a new perspective which has its ultimate
interpretation in the Paschal Mystery”.

Having completed his catechesis and delivered greetings in various
languages, the Pope recalled the fact that tomorrow is the Feast of Corpus
Christi. He invited everyone in Rome, residents and pilgrims alike, to
participate in the Mass he will celebrate at 7 p.m. tomorrow in the basilica
of St. John Lateran, and in the subsequent procession along Via Merulana to
the basilica of St. Mary Major. “I invite you”, he said, “to join this act
of profound faith towards the Eucharist, which represents the most precious
treasure of the Church and of humankind”.
AG/ VIS
20110622 (590)