From The Catholic Herald.

The group that represents Ireland’s Catholic priests has said the secrecy of confession must be protected despite government indications that confessions would not be exempt from rules on mandatory reporting of child abuse.

Irish Children’s Minister Frances Fitzgerald said: “The point is, if there is a law in the land, it has to be followed by everybody. There are no exceptions, there are no exemptions.”

Fr PJ Madden, spokesman for the Association of Catholic Priests, insisted that the sacramental seal of confession is “above and beyond all else” and should not be broken even if a penitent confesses to a crime. 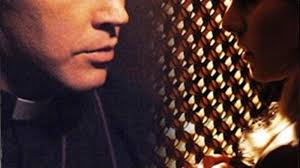 Fr Madden said he would strongly urge and appeal to the penitent – whether a priest or anyone else – to confess a crime to the police and have the civil aspect dealt with, but that he did not approve of the idea of reporting what was said.

“If I’m breaking the law then somebody has to find a way to address that for me … but in my own right as a priest what I understand is the seal of confession is above and beyond all else,” he said.

The Irish government said it would introduce legislation that makes it mandatory for priests to reveal details of child abuse, even if they become known in the confessional. The offence is punishable with up to five years in prison.

The announcement came after a judicial commission investigating the Diocese of Cloyne revealed that allegations of abuse were being mishandled and withheld from the police as recently as 2008.

Ms Fitzgerald, meanwhile, said the government was not concerned about “the rules governing any body”.

“This is about the law of the land. It’s about child protection. Are we saying … if a child is at risk of child sexual abuse that should not be reported? We cannot say that. The law of the land is clear and unambiguous,” she said.

Bishop John McAreavey of Dromore told the American Catholic News Service that the bishops would await the publication of the legislation before assessing it. However, he said, he felt it was “unreal to suggest that the seal of confession has prevented the reporting of the abuse of children”.

The new legislation is not expected to be published this autumn, and sources close to the Irish bishops’ conference expected that a heavy lobbying campaign would get under way to ensure that a suitable exemption is considered.

David Quinn, director of the think-tank the Iona Institute, called the proposal “unprecedented”.

“This would make us the one and only country in the Western world to have such a law. Even revolutionary France in the days of its worst violence against the Church did not pass a law requiring the breaking of the seal of confession,” Mr Quinn told Catholic News Service.

He said the government “is clearly missing something that every other government can see, which is that, at a minimum, such a law is very unlikely to lead to a single conviction and, at a maximum, will be counter-productive and will make society less safe, rather than more safe.”

“No child abuser will go to a priest in confession knowing the priest is required to inform the police. But cutting off the avenue of confession to a child abuser makes it less likely that he will talk to someone who can persuade him to take the next step,” he added.

A confessional like those used in Catholic parishes. Credit: Paul Lowry
Dublin, Ireland, Jul 18, 2011 / 08:03 pm (CNA).- Catholic priests in Ireland are prepared to “strongly” resist a proposed law that would require them to disclose information learned in confession.

“More than any other issue, it is probably the one that will unite both the liberal and conservative wings of the Church,” said Father Tony Flannery, a priest with the Association of Catholic Priests, in a July 18 e-mail to CNA.

“If even one exception was made to the seal of Confession, then the whole Sacrament would collapse,” he stated. “The truth of faith that this Sacrament is meant to convey is central to Christian teaching.”

The legislation, proposed by Irish Prime Minister Enda Kenny, would put priests in jail for up to five years if they failed to tell authorities about sexual abuse crimes disclosed during confession.

Fr. Flannery said that the Association of Catholic Priests has not taken the proposed law very seriously, because it is simply not “workable.”

“When a person confesses in the confessional box, the priest would not normally know who they are, or indeed be able to see them,” he explained. “So how is he to report them?”

It is also “unlikely” that a person involved in abuse would go to confession, Fr. Flannery pointed out.

“In my forty years of priesthood, I don’t ever remember someone confessing that they were currently abusing someone,” he said.

He noted that the prime minister’s bill also fails to address implications for other professions, and things that are said in other privileged situations of confidentiality.

It also opens the door for other crimes becoming exceptions, requiring further breaches of the confessional seal.

“Why make this one the only crime to be reported?” Fr. Flannery wondered.

The priest contends the proposed law is a “total over-reaction” to the recently released Cloyne Report, a study that found the Diocese of Cloyne failed to report nine cases of sexual abuse between the years 1996 and 2005.

Fr. Flannery predicted lawmakers would be “more calm and reasoned about all this” after a few months have passed.

But he made clear that “if this does come to law – which I do not expect – priests will resist it strongly.”

From a Canon Lawyer:

Concerning recent Irish and Australian proposals to require priests who, through their ministry in sacramental confession, learn the identity of child sexual abusers (or of any other malefactors, for that matter), to disclose such information to civil authorities, I have little to say because, well, because there is little to say, canonically, at any rate. Such proposals, even if they become law, will have absolutely no effect on a priest’s obligation to preserve the seal of confession. Absolutely none.

What states can do, and indeed what enlightened states in fact do, is to accommodate the seal of confession within theirs laws (typically, in their laws of criminal evidence procedure). The benefits to states making such accommodations are many, and the “benefits” of disregarding the seal can be shown, upon a few moments’ consideration, to be nugatory, but such prudential points are better made by others. I speak only as a canonist, and I write only to say that any civil laws attempting to break the seal of confession would have no force whatsoever against the sanctity of the seal of confession.