Evil and the empty soul 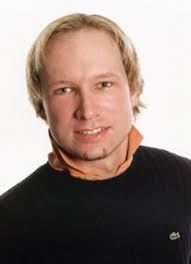 The author Dr. Theodore Dalrymple (the pen name of Anthony Daniels), who worked for many years in Britain as a prison doctor and psychiatrist, talks to Wall Street Journal about the mass murderer, Anders Behring Breivik, the mystery of evil, and the spiritual emptiness of modern culture:

“Most people,” Dr. Dalrymple says, “now have a belief in the inner core of themselves as being good. So that whatever they’ve done, they’ll say, ‘That’s not the real me.'” He recalls an inmate he once encountered: “I remember one particular chap who’d thrown ammonia at his girlfriend’s face because he was jealous. He denied he’d done it. And the evidence was overwhelming that he had done it. So I said, ‘Why did you say you didn’t do it?'”

He delivers the convict’s response in a convincing working-class English accent quite different from his own, more refined, speech: “Well, I’m not like that,” the man told him. “I don’t do them things.” Dr. Dalrymple explains that “for him, his core was more real than what he’d actually done.” It turned out that the man had been to prison before—”and it was for throwing acid in his girlfriend’s face.”

Dr. Dalrymple suggests that a similar self-detachment could have been at work in the mind of Anders Breivik. As the world now knows, courtesy of his 1,500-page manifesto, Breivik “did actually have, perverse as it was, a political purpose.” He had a worldview and a vision, however deranged, of what was needed to achieve it. And, says Dr. Dalrymple, “I assume that when he was shooting all those people, what was in his mind was the higher good that he thought he was doing. And that was more real to him than the horror that he was creating around him.”

In itself, having a worldview that shapes our attention, informs even what we believe to be real, is perfectly normal. It may even be essential. “After all,” Dr. Dalrymple says, “having a very consistent worldview, particularly if it gives you a transcendent purpose, answers the most difficult question: What is the purpose of life?”

Having a purpose is usually a good thing. “One of the problems of our society,” Dr. Dalrymple says, “is that many people don’t have a transcendent purpose. Now it can come from various things. It can come from religion of course. But religion in Europe is dead.”

Dr. Dalrymple argues that the welfare state, Europe’s form of civic religion, deprives its citizens even of the “struggle for existence” as a possible purpose in life. One alternative, then, is “transcendent political purpose—and that’s where what [Breivik’s] done comes in.” Such a political purpose doesn’t lead inexorably to fanaticism, violence and murder. “But my guess,” Dr. Dalrymple offers, “is that this man, who was extremely ambitious, didn’t have the talent” to realize his ambitions, whether in politics or other fields. “So while he’s intelligent he didn’t have that ability or that determination to mark himself out in a way that might be more—constructive, shall we say.”

As Dalrymple further notes, our scientistic, technology-obsessed culture tends to think that we can, using a “kind of neuroscientific investigation combined with Darwinism”, fully understand and comprehend human nature. But, he insists, “the idea that we have finally plucked out the heart of the mystery of existence is drivel”, and it is a conviction, “in the worst case, … could lead to a kind of scientific dictatorship.”

Another term could be “materialist dictatorship”, of which there were so many in the 20th century. Why? Because, as Jean Danielou wrote in The Salvation of the Nations (Sheed and Ward, 1950), during the zenth of Communist power, “The Marxists conceive of history as a development through which man progressively transforms himself by transforming the material conditions of his life. … Here again we find the idea of transforming man, but depending entirely upon the transformation of material conditions” (p. 67). In a real sense, the economic theories of a nation are not as important, of course, as the underlying metaphysical/philosophical assumptions (modern-day China, which practices a form of capitalism, is a good example of this). “By material means”, Danielou noted, “man is to attain a certain liberation with respect to the cosmic forces or the social forces that overwhelm him, and thus acheive a kind of earthly paradise.”

The sick and tragic irony is that the more man attempts to use purely material, scientific (or scientistic) means to “liberate” himself from (take your pick) poverty, hunger, oppression, illness, bigotry, death, the more he distorts and destroys his true nature as a creature created for good and for God. Put another way, he merely furthers the Fall by falling even further, if that is possible. While materialism and scientism seek to explain and control the mystery of evil through technology, psychology, and other such “ologies”, Catholicism recognizes that, first, evil is indeed a mystery—that is, it is at root a spiritual deprivation and corruption that cannot be explained by materialist philosophies—and, secondly, it can only be really addressed through faith and grace:

God is infinitely good and all his works are good. Yet no one can escape the experience of suffering or the evils in nature which seem to be linked to the limitations proper to creatures: and above all to the question of moral evil. Where does evil come from? “I sought whence evil comes and there was no solution”, said St. Augustine,  and his own painful quest would only be resolved by his conversion to the living God. For “the mystery of lawlessness” is clarified only in the light of the “mystery of our religion”.  The revelation of divine love in Christ manifested at the same time the extent of evil and the superabundance of grace.  We must therefore approach the question of the origin of evil by fixing the eyes of our faith on him who alone is its conqueror. (Catechism of the Catholic Church, par 385)

50 Responses to Evil and the empty soul