Tolkien’s Profound Love of the Eucharist 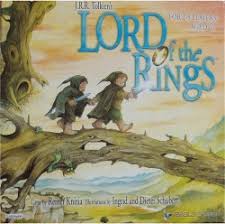 When the potential producer of a movie version of The Lord of the Rings showed Tolkien the script, Tolkien was aghast. In addition to too many oversimplifications and wrong-headed ideas, which ran contrary to the spirit of the tale, Tolkien discovered that the script writer had changed the “Lembas,” the food given by Galadriel to the Fellowship to sustain themselves for their journey, to a “food concentrate.” No chemical analysis, Tolkien wrote back, could uncover its properties. Instead, it “has a much larger significance, of what one might hesitatingly call a ‘religious’ kind.”[1] Properly translated, lembas means “way-bread” or “life-bread.”[2] In his “On Fairy Stories,” Tolkien notes that fairy allows us to see everyday things as something more than everyday things. One of his examples is of “wine and bread.”[3] As Frodo struggles up Mount Doom to destroy the Ring, the lembas sustains him.

The lembas has a virtue without which they would long ago have lain down to die. It did not satisfy desire, and at times Sam’s mind was filled with the memories of food, and the longing for simple bread and meats. And yet this way bread of the Elves had a potency that increased as travellers relied on it alone and did not mingle it with other foods. It fed the will, and it gave strength to endure, and to master sinew and limb beyond the measure of mortal kind.[4]

The lembas plays a vital role throughout the entirety of The Lord of the Rings. Not only does it sustain Frodo and Sam as they complete their mission, but it also protects and feeds the wills of Merry and Pippen as captives of the orcs, and Aragorn, Legolas, and Gimli as they search for the demonic enemies who have captured the two Hobbits.[5] Conversely, evil refuses to partake of it, and when some orcs find the lembas on Frodo’s person, they attempt to destroy it.[6]

Lembas also appears several times in The Silmarillion and the History of Middle-earth. The first man to receive it, Turin Turambar, received it from a Maia, Melian, mother of Lúthien. In no way, Tolkien wrote, could Melian have paid Turin a greater honor. It served Turin and his company well, as it quickly healed all wounds and illnesses during their mission. Rarely, though, did the Elves share it with men.[7] The men of Númenor also made a form of lembas, but it never equaled the quality or enchantment of the Elven lembas. Tellingly, Isildur carried the man-made substitute en route to his death on the Gladden Fields.[8]

As Charles Columbe has written, such stories regarding a supernatural substance enhancing and embracing the good and Godly reflect numerous medieval legends surrounding the Blessed Sacrament.[9] Indeed, the Elven lembas arguably serves as Tolkien’s most blatant symbol of Christianity in The Lord of the Rings; it is a representation, though pre-Christian, of the Eucharist. For Tolkien, nothing represented a greater gift from God than the actual Body and Blood of Christ. “I put before you the one great thing to love on earth: the Blessed Sacrament,” Tolkien wrote to his son Michael. “There you will find romance, glory, honour, fidelity, and the true way of all your loves upon earth.”[10] Like all devout pre-Vatican II Catholics, Tolkien always attended confession before receiving the Sacrament.[11] Indeed, the sacraments for Tolkien served as the best and, perhaps, only effective means of preventing Satan from taking over the world. Tolkien encouraged his children to receive it daily, as it “must be continuous and grow by exercise.”[12] Even the screaming children of others failed to distract or taint Tolkien’s reception of the Blessed Sacrament.[13] The Sacrament wielded so much power, that only the most corrupt soul would lose faith after taking it, he believed. To deny it, was to “call Our Lord a fraud to His face.”[14] 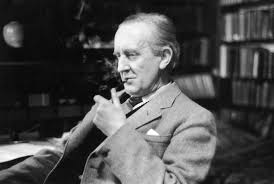 Even more powerfully to a devout Catholic, Tolkien once experienced a holy vision while praying before the Blessed Sacrament. “I perceived or thought of the Light of God and in it suspended one small mote (or millions of motes to only one of which was my small mind directed), glittering white because of the individual ray from the Light which both held.” Tolkien also witnessed his guardian angel in the vision, not as a go-between but as the personalization of “God’s very attention.”[15]

1 Response to Tolkien’s Profound Love of the Eucharist