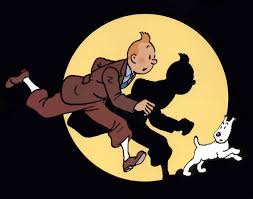 The Holy See’s newspaper, “L’Osservatore Romano”, takes the opportunity presented by the release of Steven Spielberg’s film, to dedicate several articles of its daily edition to the character of Tintin that – as the headlines read – is “a Catholic hero”.

The Vatican paper proposes, in particular, the page of the ‘Dictionnaire amoureux du Catholicisme dedicated to the character created in 1929 by the Belgian cartoonist Hergé.  “Tintin is an impeccable knight exalted by his taste for mystery and his duty to protect the weak,”  it reads.

“Tintin is not explicitly presented as Catholic.  He never prays to God when death touches him, and you never see him in church.  A brief allusion to St. John the Evangelist betrays just a remnant of catechism.  Captain Haddock and Milou’s guardian angel, in open warfare with a fictitious devil, makes you smile.  Religion – Incas, Sun worship, Buddhists, Muslims – belongs to others and must be respected, it perpetuates cultures, and, on this level, Hergé would be quite relativistic.”

Yet “Tintin is a hero of Catholicism, imbued with the ideal of scouting which, as is well known, formed an important part of Hergé’s education.”  However, “a fierce anti-Communist ever since Tintin chez les Soviets, where the Belgian journalist is not yet a comic superman comic, Hergé mercilessly weakens the satrapies of Latinos, capitalist Yankees and traffickers on their payroll.”  The opinion on Spielberg’s film is more mitigated: “Written, erased, rewritten to become the first chapter of an ideal trilogy so far only assumed, an ideal, the script signed by the English duo Steven Moffat and Edgar Wright is not entirely convincing.”  More generally, “the impression is of a lively introduction to the character. An ambitious project, full of potential in its embryonic stage.  Maybe he is a little too worried about disappointing the American public, which is still largely unfamiliar with the Belgian character, and vice versa he is used to producer’s who offer him only those characters whom he already knows to perfection.”

4 Responses to Tintin, the Catholic hero!