Here is a translation of the first Advent sermon delivered last Friday, Dec. 2, by Capuchin Father Raniero Cantalamessa, the preacher to the pontifical household. 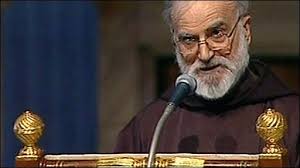 This entry was posted in Homily and tagged Fr. Cantalamessa, Zenit.Org.. Bookmark the permalink.