THE PRAYER OF JESUS AT THE LAST SUPPER – Wednesday Catechesis

VATICAN CITY, 11 JAN 2012  – Jesus’ prayer during the Last Supper was the theme of Benedict XVI’s catechesis during his general audience, which was held this morning in the Paul VI Hall in the presence of 4,000 faithful.

The Pope explained how the emotional backdrop to the Last Supper, in which Jesus bade farewell to His friends, was the immanence of His approaching death. Moreover, in the days in which He was preparing to leave His disciples, the life of the Jewish people was marked by the approaching Passover, the commemoration of the liberation of Israel from Egypt. 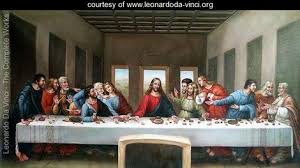 “It was in this context that the Last Supper took place”, the Holy Father said, “but with an important novelty”. Jesus “wanted the Supper with His disciples to be something special, different from other gatherings. It was His Supper, in which He gave something completely new: Himself. Thus Jesus celebrated the Passover as an anticipation of His Cross and Resurrection”.

The essence of the Last Supper lay in “the gestures of breaking and distributing the bread, and sharing the cup of wine, with the words that accompanied them and the context of prayer in which they took place. This was the institution of the Eucharist: the great prayer of Jesus and the Church”. The words the Evangelists use to describe that moment “recall the Jewish ‘berakha’; that is, the great prayer of thanksgiving and blessing which, in the tradition of Israel, is used to inaugurate important ceremonies. … That prayer of praise and thanks rises up to God and returns as a blessing. … The words of the institution of the Eucharist were pronounced in this context of prayer. The praise and thanksgiving of the ‘berakha’ became blessing and transformed the bread and wine into the Body and Blood of Jesus”.

Jesus’ gestures were the traditional gestures of hospitality which a host would extend to his guests, but in the Last Supper they acquired a more profound significance, Pope Benedict explained. Christ provided “a visible sign of welcome to the table upon which God gives Himself. In the bread and the wine, Jesus offered and communicated His own Self”. Aware of His approaching death, “He offered in advance the life that would shortly be taken from Him, thus transforming His violent death into a free act of the giving of Self, for others and to others. The violence He suffered became an active, free and redemptive sacrifice”.

“In contemplating Jesus’ words and gestures that night, we can clearly see that it was in His intimate and constant relationship with the Father that He accomplished the gesture of leaving to His followers, and to all of us, the Sacrament of love”, said the Pope. During the Last Supper Jesus also prayed for His disciples, who likewise had to suffer harsh trials. With that prayer “He supported them in their weakness, their difficulty in understanding that the way of God had to pass through the Paschal mystery of death and resurrection, which was anticipated in the offer of bread and wine. The Eucharist is the food of pilgrims, a source of strength also for those who are tired, weary and disoriented”.

Benedict XVI went on: “By participating in the Eucharist we have an extraordinary experience of the prayer which Jesus made, and continues to make for us all, that the evil we encounter in our lives may not triumph, and that the transforming power of Christ’s death and resurrection may act within each of us. In the Eucharist the Church responds to Jesus’ command to ‘do this in remembrance of me’, she repeats the prayer of thanksgiving and blessing and, therewith, the words of transubstantiation of the bread and wine into the Body and Blood of the Lord. Our Eucharistic celebrations draw us into that moment of prayer, uniting us ever and anew to the prayer of Jesus”.

“Let us ask the Lord that, after due preparation also with the Sacrament of Penance, our participation in the Eucharist, which is indispensable for Christian life, may always remain the apex of all our prayers”, the Pope concluded. “Let us ask that, profoundly united in His offering to the Father, we too can transform our crosses into a free and responsible sacrifice of love, for God and for our fellows”.

At the end of his catechesis the Holy Father delivered greetings in a number of languages to the pilgrims present in the Paul VI Hall, inviting them to participate with “faith and devotion” in the Eucharist which, he said, is indispensable for Christian life as well as being the school and culmination of prayer. Addressing young people, the sick and newlyweds, he pointed our that last Sunday’s Solemnity of the Baptism of the Lord is an occasion to reflect upon our own Baptism. “Dear young people”, the Pope exclaimed, “live your membership of the Church, the family of Christ, joyfully. Dear sick people, may the grace of Baptism ease your sufferings and encourage you to offer them to Christ for the salvation of humanity. And you, dear newlyweds, … base your marriage on the faith which you received as a gift on the day of your Baptism”.