VATICAN CITY, 17 JAN 2012 – The Week of Prayer for Christian Unity is due to begin tomorrow, 18 January, under the theme “We will all be changed by the victory of our Lord Jesus Christ”. The Week is promoted by the World Council of Churches (WCC), a worldwide fellowship of 349 Churches seeking unity, common witness and Christian service. The Catholic Church participates in this ecumenical initiative, despite not being a member of the WCC.

The Week of Prayer for Christian Unity is traditionally celebrated from 18 to 15 January in the northern hemisphere, and around the time of Pentecost in the southern hemisphere. It brings together Christian parishes and congregations from different confessional families all over the world, who meet and pray together in special ecumenical celebrations.

Each year ecumenical partners in a particular region are asked to prepare a basic text on a biblical theme. Then an international group with WCC-sponsored (Protestant and Orthodox) and Roman Catholic participants edits this text to ensure it is linked with the search for Christian unity. 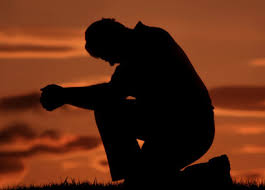 The text is jointly published by the Pontifical Council for Promoting Christian Unity, and by the WCC’s Commission on Faith and Order which also accompanies the entire production process of the text. The final material is sent to member Churches and Roman Catholic dioceses, which are invited to translate the text and contextualise it for their own use.

This year’s theme comes from St. Paul’s First Letter to the Corinthians which promises the transformation of human life – with all its apparent dimensions of ‘triumph’ and ‘defeat’ – through the victory of Christ’s resurrection.

Following the Angelus prayer on Sunday, Benedict XVI invited the faithful, “as individuals and in communities, to participate spiritually, and where possible practically in the Week of Prayer, to ask God for the gift of full unity among the disciples of Christ”.