Collect of the Day: Dedication of St. Michael the Archangel 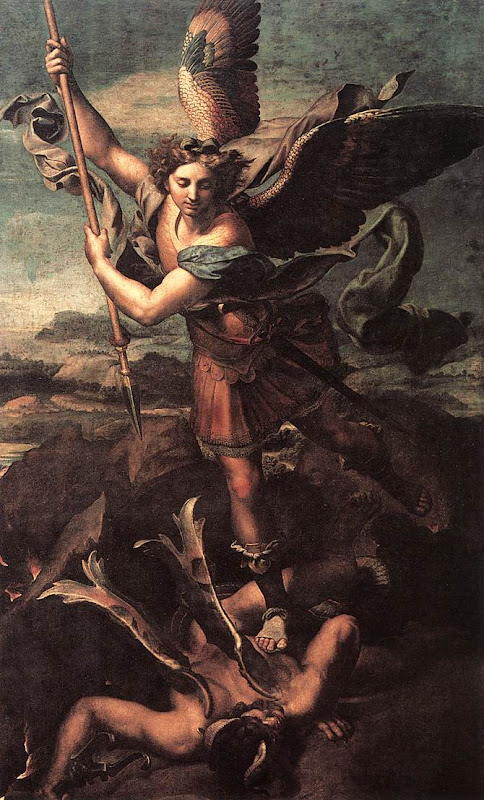 St. Michael and the Devil by Raffaello Sanzio, 1518

The Dedication of St. Michael the Archangel

(Michaelmas)
Bless the Lord, all ye His Angels: you that are mighty in strength, and execute His word, hearkening to the voice of His orders.
(From the introit of the day’s Mass, Ps. 102, 20)

Collect of the day

O God, who hast constituted the services of Angels and of men in a wonderful order, mercifully grant, that they who ever stand before Thy face to do Thee service in heaven, may also defend our life upon earth. Through our Lord Jesus Christ Thy Son, who liveth and reigneth with Thee in the unity… 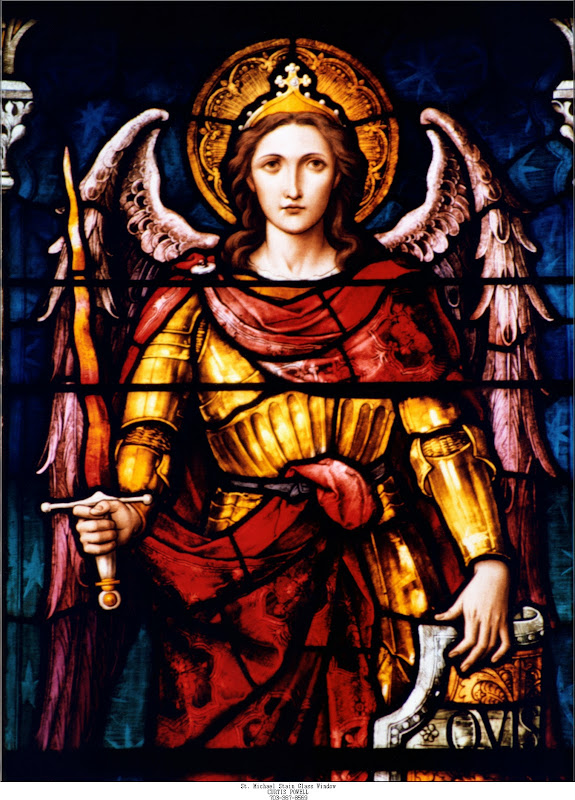 See that you despise not one of these little ones; for I say to you, that their Angels in heaven always see the face of My Father who is in heaven.
September 29.—ST. MICHAEL, Archangel.

“MI-CA-EL,” or “Who is like to God?” Such was the cry of the great Archangel when he smote the rebel Lucifer in the conflict of the heavenly hosts, and from that hour he has been known

as “Michael,” the captain of the armies of God, the type of divine fortitude, the champion of every faithful soul in strife with the powers of evil. Thus he appears in Holy Scripture as the guardian of the children of Israel, their comfort and protector in times of sorrow or conflict. He it is who prepares for their return from the Persian captivity, who leads the valiant Maccabees to victory, and who rescues the body of Moses from the envious grasp of the Evil One. And since Christ’s coming the Church has ever venerated St. Michael as her special patron and protector. She invokes him by name in her confession of sin, summons him to the side of her children in the agony of death, and chooses him as their escort from the chastening flames of purgatory to the realms of holy light. Lastly, when Antichrist shall have set up his kingdom on earth, it is Michael who will unfurl once more the standard of the Cross, sound the last trumpet, and binding together the false prophet and the beast, hurl them for all eternity into the burning pool.

Reflection.—”Whenever,” says St. Bernard, “any grievous temptation or vehement sorrow oppresses thee, invoke thy guardian, thy leader; cry out to him, and say, ‘Lord, save us, lest we perish!'”

23 Responses to Collect of the Day: Dedication of St. Michael the Archangel