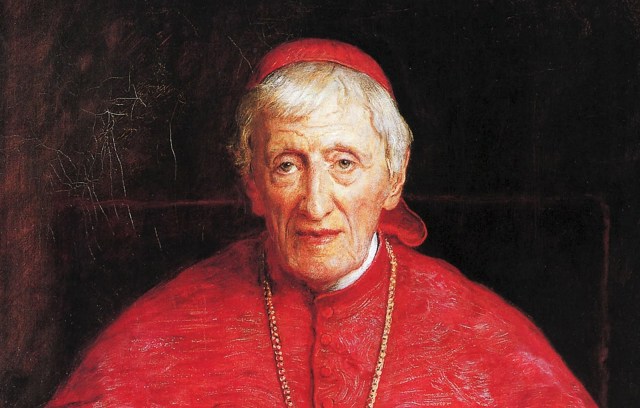 To consider the world in its length and breadth, its various history, the many races of man, their starts, their fortunes, their mutual alienation, their conflicts; and then their ways, habits, governments, forms of worship; their enterprises, their aimless courses, their random achievements and acquirements, the impotent conclusion of long-standing facts, the tokens so faint and broken of a superintending design, the blind evolution of what turn out to be great powers or truths, the progress of things, as if from unreasoning elements, not towards final causes, the greatness and littleness of man, his far-reaching aims, his short duration, the curtain hung over his futurity, the disappointments of life, the defeat of good, the success of evil, physical pain, mental anguish, the prevalence and intensity of sin, the pervading idolatries, the corruptions, the dreary hopeless irreligion, that condition of the whole race, so fearfully yet exactly described in the Apostle’s words, “having no hope and without God in the world,”—all this is a vision to dizzy and appal; and inflicts upon the mind the sense of a profound mystery, which is absolutely beyond human solution.

What shall be said to this heart-piercing, reason-bewildering fact? I can only answer, that either there is no Creator, or this living society of men is in a true sense discarded from His presence. Did I see a boy of good make and mind, with the tokens on him of a refined nature, cast upon the world without provision, unable to say whence he came, his birthplace or his family connexions, I should conclude that there was some mystery connected with his history, and that he was one, of whom, from one cause or other, his parents were ashamed. Thus only should I be able to account for the contrast between the promise and the condition of his being. And so I argue about the world;—if there be a God, since there is a God, the human race is implicated in some terrible aboriginal calamity. It is out of joint with the purposes of its Creator. This is a fact, a fact as true as the fact of its existence; and thus the doctrine of what is theologically called original sin becomes to me almost as certain as that the world exists, and as the existence of God.

1 Response to Sin And Mankind