By Robert Royal at The Catholic Thing

The skies cleared after an early rain yesterday, and St. Peter’s looked splendid under that soft bluish-white sky that exists in Rome and nowhere else. The greatest painters have only been able to suggest that gentleness. Meanwhile, the Holy Father looked very healthy – perhaps the healthiest since he came to Rome. And he seemed genuinely delighted with his new cardinals, hugging them and smiling – notable for Francis because, he’s an outgoing man with individuals and groups in informal situations, but during formal Church events he usually grows very solemn.

The beautiful music, the stately liturgy, the shining interior of St. Peter’s all reflected the long Catholic tradition, reaching across the centuries and gathering diverse beauties along the way, stretching back to the ancient world. All appeared, on the surface, as if the Church that Christ founded was resplendent, unified, and celebrating a universal mission that, in the very different persons of this unusual group of new Cardinals, it was prepared to carry out, literally to the farthest ends of the Earth.

But to anyone who has been paying attention to this awful week in Rome, as welcome as the spectacle was, the reality was quite different. The pope essentially admitted as much in his remarks at the Consistory. Evidently referring to the letter sent to him by four prominent Cardinals seeking clarifications about some points in Amoris laetitia, he said, “How many situations of uncertainty and suffering are sown by this growing animosity between peoples, between us! . . .Yes, between us, within our communities, our priests, our meetings.”

But it was less clear that he understood the sources of this “growing animosity” among Catholics, as right as he was to seek to overcome it. For example, Fr. Antonio Spadaro, S.J., the editor-in-chief of La Civiltà Cattolica, a journal often described as an unofficial but authoritative voice of the Vatican (popes for years have vetted articles before they appeared), went so far in a Tweet as to apply a quotation from Tolkien’s Gandalf, “to bandy crooked words with a witless worm,” to the four cardinals who, respectfully it should be said, asked for the clarifications of Amoris Laetitia this week.

The Tweet was quickly taken down, but that a man in such a post – and known to be a close collaborator with the Holy Father – would allow himself such a public insult, the kind of words that once said can never really be unsaid, shows something deeply wrong in the Church at this awful moment, and not primarily among those who have asked the pope to say more clearly what he means.

At a press conference yesterday evening, Steve Jalsevac of the consistently informative LifeSite, asked Chicago’s new Cardinal Blaise Cupich about the harsh words and treatment traditional Catholics have been receiving from some of Francis’ closest collaborators (Spadaro being only one example). Cardinal Cupich claimed not to know of any such harshness.

Before you – uncharitably – attribute this to bad faith or worse, let me say that in my own experience, traditional bishops too are often quite unaware of similar matters. With the various responsibilities they have, bishops, archbishops, cardinals don’t always follow Catholic news, even in the general way that most concerned Catholics might think. 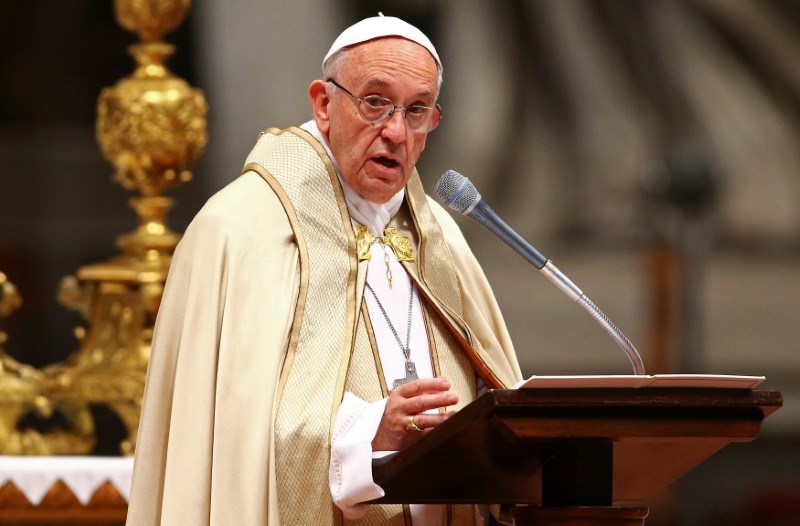 But there’s another dimension here that I think does involve some progressive blindness. We’ve just seen a political parallel: like the supporters of Hillary Clinton and the Democrats, progressive leaders tend to think that the reception they get in liberal media, university settings, gatherings of international elites, reflects the broad realities in the world. They don’t know or appreciate that there are vast numbers of people out there who are hurting and don’t feel their situations are being reflected in leaders’ assumptions.

And when they hear themselves described as rigid, ignorant, unmerciful, legalistic, or by other equally disparaging terms, in the very brittle situation in which Christianity operates in today’s world, it angers them. And to compare four sincere cardinals with “a witless worm,” makes them think – fairly or not – that Church leaders think a lot of their own ideas, and have contempt for them, usually the most faithful and active members of the Church.

There’s a sad irony in all this. As Phil Lawler has documented in a brilliant article, Pope Francis deliberately cultivated ambiguity on several matters – in order to let certain differences play out in the Church. He seems to have thought that these would resolve themselves rather quickly and painlessly, or at least turn into some sort of “dialog.” As was entirely predictable, the ambiguity has led instead to deep division – division even among the Cardinals in Rome, to be sure, and likely quite soon to division within the College of Cardinals globally. The level of nervousness and uncertainty one hears from every quarter in Rome is something without precedent.

That may be coming to national churches as well. The recent clash between new American Cardinal Kevin Farrell and Archbishop Charles Chaput may just be the beginning. Farrell said that it would have been better if the question of the divorced/remarried had been addressed by the whole U.S. bishops’ conference before individual dioceses, such as Chaput’s Philadelphia, issued regulations. Chaput has responded, quite rightly, that it’s never been the responsibility of a bishops’ conference, always the responsibility of the local ordinary, to make such decisions: “Why would a bishop delay interpreting and applying Amoris Laetitia for the benefit of his people? On a matter as vital as sacramental marriage, hesitation and ambiguity are neither wise nor charitable.”

A Francis-cardinal, perhaps at the urging of figures in the Vatican, publicly opposing a prominent archbishop who should be a cardinal, is already bad enough. But it’s not hard to imagine that such conflicts will be repeated now, in many other contexts around the world.

After the leak of Pope Francis’ letter to the Argentinean bishops, I said I was sad to have to conclude that, for the rest of his papacy, the pope would confront schisms and threats of schisms. I’m even sadder now to see that I was right, and that, sooner than I expected, at this week’s Consistory – usually a time for celebrating a global Church – the pope couldn’t allow the Cardinals to come together as in the past, probably because it would have led to further public discord.

That’s where we are now. Let’s pray things don’t turn even worse.

A Note: I was going to write a column for Monday on the end of the Jubilee of Mercy, but with everything that happened this week, and the many – sometimes wild – speculations in Rome these days about what the pope will say in his Apostolic Letter about the Jubilee, which will be released sometime Monday, I’m going to wait or day or two to bring you the fullest possible analysis. Look for it soon.