Reflection for the Fifth Sunday in Ordinary Time, Year A 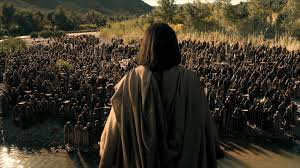 Jesus of Nazareth was a master teacher and a great storyteller. Picture him teaching and preaching to his young friends as they sat on the shores of the Sea of Galilee, on hillsides, in deserted places or in the temple precincts in Jerusalem. He incorporated everything around him in his teaching and preaching, and he models for us a tremendous artistry of the human condition and of God’s created world. These qualities of Jesus are clearly evident in today’s Gospel – the continuation of the Sermon on the Mount in Matthew’s Gospel (5:13-16).

Understanding salt of the earth

In the ancient Aramaic and Hebrew languages spoken by Jesus, one word meant both “clay-oven” and “earth.” Instead of using wood to fuel the fire, the young people of the village would gather camel or donkey dung, mix it with salt, form it into patties, and let it dry in the hot Middle Eastern sun. To this day in many parts of the world, these dung patties are still used as fuel for the fire. A slab of salt was placed at the base of the oven and the salted dung patty was laid upon it. Salt has catalytic properties which cause the dung to burn. After a certain time, the salt slab loses its catalytic ability and it becomes useless. I saw these patties with my very eyes, strewn out to dry on several rooftops and walls along the road to Nablus. I learned that day what Jesus was referring to when he says: “It [salt] is no longer good for anything, but is thrown out and trampled under foot” (Matthew 5:13).

In the ancient biblical world, salt was one of the most important necessities of life. Salt was used to preserve as well as to season food. In addition to its use with food, salt was strewn on sacrifices – both cereal offerings and burnt offerings. It was used for making covenants and representing commitment: “You shall not omit from your grain offerings the salt of the covenant with your God; with all your offerings you shall offer salt” (Leviticus 2:13).

The Old Testament also speaks of “covenant of salt”: “All the holy offerings that the Israelites present to the LORD I have given to you, together with your sons and daughters, as a perpetual due; it is a covenant of salt forever before the LORD for you and your descendants as well” (Numbers 18:19). “Covenant of salt” means a permanent relationship; eating salt with someone meant to be bound in loyalty. This is what the evangelist Mark refers to when he writes: “Have salt in yourselves, and be at peace with one another” (Mark 9:50). Salt was also used to rub a newborn child, either for medicinal or other purposes, such as the desire to save the child from demonic forces.

When salt loses its flavour

The concern that “salt has lost its flavour” is difficult for us to understand today, especially because of the purity of the salt we use. In the time of Jesus, salt was not purified in the way that we know but was collected from deposits left by the Dead Sea as it dried. This salt was exposed to the elements and could break apart and lose its flavour. Such salt is a very appropriate metaphor for discipleship, which can and does lose its vigour over time if care is not taken to keep it alive.

When Jesus calls his disciples “salt of the earth” (Matthew 5:13), he is alluding to many of the dimensions of salt described above. Disciples are those who can season what is tasteless, preserve what could deteriorate and express mutual covenant and loyalty. Disciples of Jesus are those who speak well: “Let your speech always be gracious, seasoned with salt, so that you may know how you ought to answer everyone” (Colossians 4:6). To be salt for the earth-oven is to have that fire within: to set things on fire around us, to keep the light burning brightly. If we do this as his disciples, we, too, will also be the “light of the world” (Matthew 5:14). Here we see how the two images of salt and light are masterfully joined together. Jesus reveals himself to be a clever and imaginative teacher, one who gave flavour, zest, life, and light to those around him.

Light has the characteristic of dispelling darkness, of warming all it reaches, of exalting forms. All this is done with the greatest speed. Being the light of the world means for Christians, spreading everywhere the light that comes from on high. It means fighting darkness due to evil and sin and often caused by ignorance, prejudice, and selfishness. The more we look on the face of Jesus, like an impressionist painting, the more light we see and the more we are transfigured by it.

Today’s first reading from the prophet Isaiah (58:7-10) reminds us that merely external worship does not avail with God; it must be joined to internal sincerity. Isaiah tells us the kind of fast that the Lord expects from us. He encourages his listeners to “do away with the yoke, the clenched fist, the wicked word” (58:9), and to do it by “shar[ing] your bread with the hungry and cloth[ing] the man you see to be naked” (58:7). When you do these things, then “light shall rise in the darkness and your gloom be like the noonday” (58:10).

There may be many reasons why, at times, we choose the way of the clenched fist rather than the open hand: hurt and disappointment, tiredness and indifference, fear and misunderstanding, selfishness and disdain. Whatever the reasons, the clenched fist always involves turning from our own kin and denying, in effect, that others are of the same kin. The open hand, however, means turning towards others as our kin, fellow human beings, brothers and sisters, children of the same heavenly Father sharing a common call to become the people of the Beatitudes.

By their deeds the disciples are to influence the world for good. They can no more escape notice than a city set on a mountain. If they fail in good works, they are as useless as flavourless salt or as a lamp whose light is concealed. By inviting us to be “light,” Jesus invites us to make him present in the world. Just as the presence of salt and light cannot be hidden and their absence will be noticed, the kindness of the good person cannot be denied. The good works of the open-handed shine forth so that people might praise the Father for the holiness they glimpse in His creatures.

Importance of explaining the Scriptures

Continuing our reflection on Verbum Domini in light of today’s rich Gospel teaching, let us consider #74 of the Post-Synodal Apostolic Exhortation that reflected on the theme of “The Word of God in the Life and Mission of the Church”:

The biblical dimension of catechesis

An important aspect of the Church’s pastoral work which, if used wisely, can help in rediscovering the centrality of God’s word is catechesis, which in its various forms and levels must constantly accompany the journey of the People of God. Luke’s description (cf. Lk 24:13-35) of the disciples who meet Jesus on the road to Emmaus represents, in some sense, the model of a catechesis centered on “the explanation of the Scriptures,” an explanation which Christ alone can give (cf. Lk 24:27-28), as he shows that they are fulfilled in his person. The hope which triumphs over every failure was thus reborn, and made those disciples convinced and credible witnesses of the Risen Lord.

The General Catechetical Directory contains valuable guidelines for a biblically inspired catechesis and I readily encourage that these be consulted. Here I wish first and foremost to stress that catechesis “must be permeated by the mindset, the spirit and the outlook of the Bible and the Gospels through assiduous contact with the texts themselves; yet it also means remembering that catechesis will be all the richer and more effective for reading the texts with the mind and the heart of the Church,” and for drawing inspiration from the two millennia of the Church’s reflection and life. A knowledge of biblical personages, events and well-known sayings should thus be encouraged; this can also be promoted by the judicious memorization of some passages which are particularly expressive of the Christian mysteries. Catechetical work always entails approaching Scripture in faith and in the Church’s Tradition, so that its words can be perceived as living, just as Christ is alive today wherever two or three are gathered in his name (cf. Mt 18:20). Catechesis should communicate in a lively way the history of salvation and the content of the Church’s faith, and so enable every member of the faithful to realize that this history is also a part of his or her own life.

Here it is important to stress the relationship between sacred Scripture and the Catechism of the Catholic Church, as it is set forth in the General Catechetical Directory: “Sacred Scripture, in fact, as ‘the word of God written under the inspiration of the Holy Spirit,’ and the Catechism of the Catholic Church, as a significant contemporary expression of the living Tradition of the Church and a sure norm for teaching the faith, are called, each in its own way and according to its specific authority, to nourish catechesis in the Church today.”