St. Augustine on Caring for the Dead: 6 Exhortations 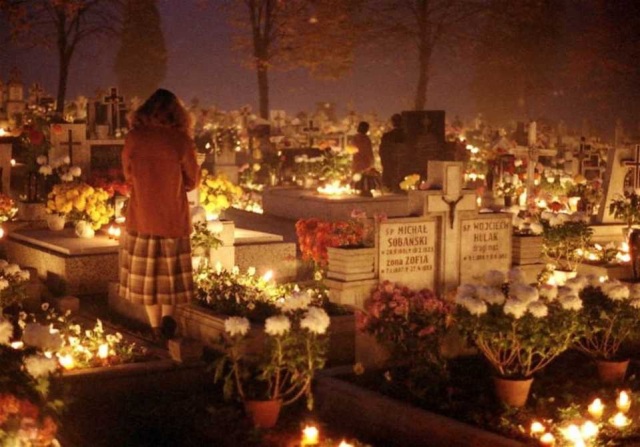 The Body as a Vessel of All Good Works

All such things as embalming the body, selecting a fitting place for burial, and bearing the corpse thereto with due dignity, are comfort for the living, rather than help for the dead. Nevertheless, it doth not follow that the bodies of the departed are to be despised, or treated as naught, and specially in the case of just men and faithful ; for the bodies of such men were used by their spirits in this life for godly purposes, that is, as organs and vessels of all good works.

Hence, if a father’s garment or ring, or any like thing, is dear to his bereaved family because of their natural affection, in no wise ought the dead body of the deceased to be held in dishonour. For man doth wear his body in more familiar and intimate wise than anything he putteth thereon. Furthermore, the body doth not belong to anything which is applied outwardly for its adornment or welfare. Rather the body belongeth to the very nature of man. Wherefore, as we know from the records of just men of old, funeral rites have been wont to be fulfilled as a matter of dutiful piety, and have been reverently celebrated, and decent graves provided. Yea, such men of old, whilst still alive, often charged their children, as a matter of filial duty, with directions concerning their burial, and even concerning the future translation of their bodies.

Hence, remembrance of the departed, and prayers for them, are tokens of true affection. And since the faithful are moved thereto by filial piety, doubt not that this same remembrance and prayer is profitable unto everyone that so lived in this world, as to attain profit from such things after death. But even if some necessity permitteth not the body to be buried, or from lack of proper facilities giveth no opportunity for burial in a sacred place, yet should not prayers for the soul of the departed be omitted. 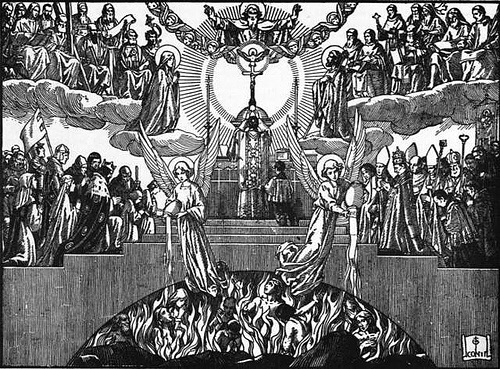 The Church Teaches Christians to Pray for the Dead

The duty of such prayers is taught us by the Church, which hath undertaken, as an obligation, to offer them for all the departed of the Christian and Catholic fellowship in a general commemoration without mention of names. By this observance, such departed souls as lack the assistance of parents or sons, or any kindred or friends whatsoever, may have such assistance afforded unto them by the one loving mother which is common to us all.1 And I give it as my opinion that, if there be lacking prayers of right faith and piety to any of the dead, the mere burial of their lifeless bodies, even if it be done in a most sacred spot, doth not one whit benefit their souls.

Sacrifices for the Dead

If these things be so, then let us not think that anything reacheth unto the dead, unto whom we would extend our care, save such things as we solemnly supplicate for them by means of sacrifices, either of the altar, or of prayers, or of alms given to God in their name. And even so, such sacrifices be not profitable unto all for whom they are offered, but to them only who so lived their lives on earth as to merit that such things should be profitable after death.2 But forasmuch as we know not who these be, it is meet to offer them for all regenerate persons, lest anyone be passed over whom these benefits may and ought to reach.

Caring for the Dead: Prayer & Action

Far better it is that these things be needlessly done on behalf of them whom they neither hinder nor help, than that they be lacking unto them whom they aid. And it is natural that one should do these things right diligently on behalf of his own kin, in the hope that by his kinsfolk the same likewise will some day be done on his behalf. But so far as the burying of the body is concerned, whatsoever is bestowed on that, is no aid to salvation, but a mere duty to humanity; for it cometh naturally from that affection by which it is said that no one ever hateth his own flesh. Wherefore it is fitting that man should take whatever care he can for the flesh of his neighbour when he that once tabernacled therein is departed thence. And if they, that believe not in the resurrection of the flesh, do these things, how much more ought we, that believe, so to do? For are not such offices, bestowed upon a dead body, which yet shall rise again and remain unto eternity, a kind of a testimony to our faith in the resurrection?