Major Announcement: The World Unites Together In Spiritual Warfare 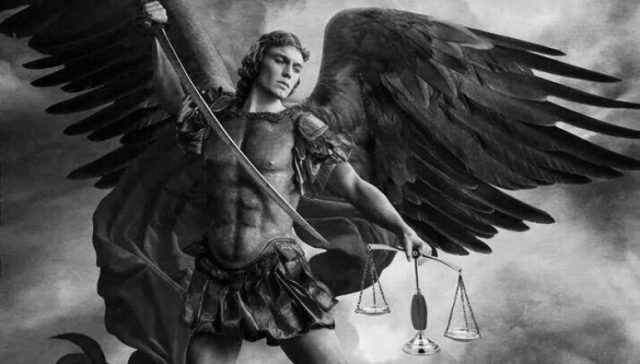 Jesus promised St. Faustina, “I bear a special love for Poland, and if she will be obedient to My will, I will exalt her in might and holiness. From her will come forth the spark that will prepare the world for My final coming” (Diary, 1732). I have been saying for years, now, that Poland is the “spiritual epicenter” of the renewal of faith on our planet.

Providentially, on October 7, 2017, as the whole world looked on (New York Times article), a grassroots call for prayer, in mostly Catholic Poland, grew to one million strong in what was called, “Rosary on the Border.” Shortly after that, Ireland was inspired to do the same, and then Italy, and now the British Isles in what they call, “Rosary on the Coasts,” set for April 29, 2018. We, in America, have had something similar, which we called, “Novena for Our Nation.” Tens of thousands of faithful prayed the miraculous 54 Day Rosary Novena from August 15 (Solemnity of the Assumption of Mary) to October 7 (Feast of Our Lady of the Rosary).

International Coordinators from Poland, Ireland, the British Isles and Australia – as well as other countries – have pledged to join the US, both in the prayers leading up to and through world-wide prayer events scheduled for the weekend of October 6-7, 2018. In essence, this world-wide alliance of spiritual warfare is the coming together of the new “Holy League of Nations.”

Between now and October 7, under the banner of “Rosary Coast to Coast,” Americans across the country are invited to lead, pray and engage with “Rosary Coast to Coast” wherever they can gather: along the US coasts and borders through pilgrimages and processions. If unable to organize trips to the US coastline, they are encouraged to participate in front of parish parish churches; in front of state capitols (we strongly encourage “public rosaries”); as families; or simply while viewing the live-stream of the National Rosary Rally in Washington, DC.

The events will culminate with the Rosary being said, simultaneously, throughout the country (and the world) starting at 4:00pm eastern, 3:00pm central, 2:00pm mountain, 1:00pm pacific.

To sign-up as a coordinator or participant, go to rosarycoasttocoast.com

My friends, as we entered Lent this year, we were shaken by a terrible tragedy. On Ash Wednesday, we faced the horrific news of the shooting deaths of 17 (mostly teenagers) at a high school in Florida. As the events unfolded, we were additionally horrified to discover that four armed officers stayed outside of the high school, behind their cars in the school parking lot, as they listened to the shots fired inside; each of which meant another life taken by the shooter.

I was scheduled to give a talk the next day, on spiritual warfare, to a men’s conference. I made the decision to reframe my talk, based on that recent terrible event. As I recounted the event to the men, I then said, “You see?” (I told the men) … “those four officers, cowering behind their cars in the school parking lot, as they listened to the gunman kill one child after another, could not encapsulate more effectively what has gone on in our culture, especially in the past half century.” “My brothers,” I said, “this was under our watch. Why did this happen? Because we allowed it. We crouched behind our proverbial cars in our proverbial school parking lots, while we allowed souls to be lost.”

Jeffrey Kuhner of the Washington Times wrote this …

“For the past 50 years, every major institution has been captured by the radical secular left. The media, Hollywood, TV, universities, public schools, theater, the arts, literature — they relentlessly promote the false gods of sexual hedonism and radical individualism. Conservatives have ceded the culture to the enemy. Tens of millions of unborn babies have been slaughtered; illegitimacy rates have soared; divorce has skyrocketed; pornography is rampant; drug use has exploded; sexually transmitted diseases such as AIDS have killed millions; birth control is a way of life; sex outside of wedlock has become the norm; countless children have been permanently damaged — their innocence lost forever — because of the proliferation of broken homes; and sodomy and homosexuality are celebrated openly. America has become the new Babylon.”

Yes, this has happened “under our watch.” As Kuhner wrote, we “have ceded the culture to the enemy.” How could we let this happen?

Please allow me to give my analysis …

This past year, we celebrated the 100th anniversary of the apparitions of Our Lady at Fatima. Some contend that Our Lady’s warnings at Fatima marked the beginning of the 100-year unbinding of Satan that Pope Leo XIII spoke about in his vision on October 13, 1884; a vision that inspired the St. Michael Prayer. Remarkably, Pope Leo’s vision was 33 years (the lifespan of Jesus), to the day, to the Miracle of the Sun in Fatima (October 13, 1917).

In Pope Leo’s vision, Satan asked for 100 years, and a “greater power.” I believe this “greater power” points, not so much to Satan’s strengthening, but more to our “weakening.” Over the past century (1917-2017), we have sat by as aggressive forces did all they could to destroy our belief in the supernatural power of God. As the past 100 years progressed, we removed our spiritual armor (Ephesians 6:11) and dropped our spiritual weapons (Rosary, et. al.), as we have stood naked and unarmed on the battlefield of spiritual warfare, while Satan moved mostly unabated in our times. Satan has had an easy time of it, now with a “greater power,” as we ignored our Lord’s warning … “With man this is impossible, but with God all things are possible” (Matthew 19:26). Engrossed in our worldly cares, we simply sat by and allowed our country to become the “new Babylon.”

At the very beginning of our nation, Sir Edmund Burke said, “The only thing necessary for the triumph of evil is for good men to do nothing.” Archbishop Fulton Sheen put it this way, “The refusal to take sides on great moral issues is itself a decision. It is a silent acquiescence to evil. The tragedy of our time is that those who still believe in honesty lack fire and conviction, while those who believe in dishonesty are full of passionate conviction.”

The time is NOW!! As Archbishop Fulton Sheen wrote, we’ve lacked fire and conviction while the enemies of God were filled with passionate conviction. But now, in Poland, Ireland, Italy, Great Britain, Australia, America and all around the planet, faith-filled souls are rising up – with weapons (rosaries) in hand and belief in the supernatural power of God, as each of us says …

5 Responses to Major Announcement: The World Unites Together In Spiritual Warfare