Reflection for the 26th Sunday in Ordinary Time – Cycle B 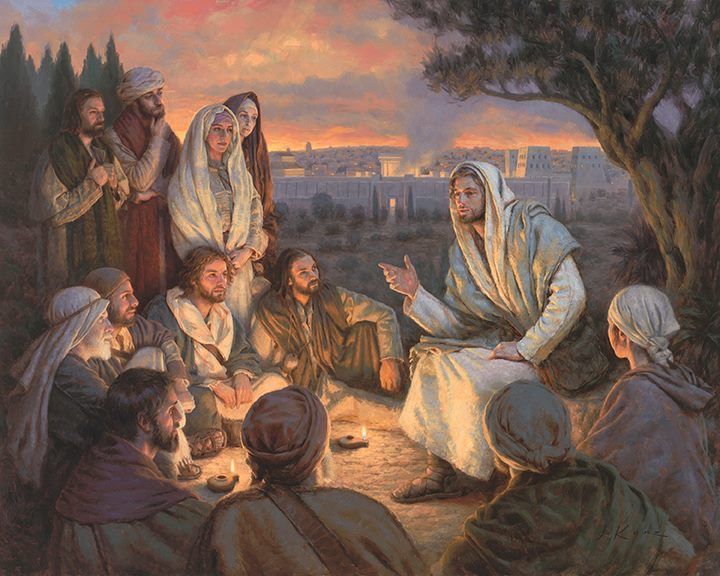 The Lord came down in the cloud and spoke to Moses.  Taking some of the spirit that was on Moses, the Lord bestowed it on the seventy elders; and as the spirit came to rest on them, they prophesied.  Now two men, one named Eldad and the other Medad, were not in the gathering but had been left in the camp.  They too had been on the list, but had not gone out to the tent; yet the spirit came to rest on them also, and they prophesied in the camp.  So, when a young man quickly told Moses, “Eldad and Medad are prophesying in the camp, ” Joshua, son of Nun, who from his youth had been Moses’ aide, said, “Moses, my lord, stop them.”  But Moses answered him, “Are you jealous for my sake?  Would that all the people of the Lord were prophets!  Would that the Lord might bestow his spirit on them all!”

Come now, you rich, weep and wail over your impending miseries.  Your wealth has rotted away, your clothes have become moth-eaten, your gold and silver have corroded, and that corrosion will be a testimony against you; it will devour your flesh like a fire.  You have stored up treasure for the last days.  Behold, the wages you withheld from the workers who harvested your fields are crying aloud; and the cries of the harvesters have reached the ears of the Lord of hosts.  You have lived on earth in luxury and pleasure; you have fattened your hearts for the day of slaughter.  You have condemned; you have murdered the righteous one; he offers you no resistance.

At that time, John said to Jesus, “Teacher, we saw someone driving out demons in your name, and we tried to prevent him because he does not follow us.”  Jesus replied, “Do not prevent him.  There is no one who performs a mighty deed in my name who can at the same time speak ill of me.  For whoever is not against us is for us.  Anyone who gives you a cup of water to drink because you belong to Christ, amen, I say to you, will surely not lose his reward.  “Whoever causes one of these little ones who believe in me to sin, it would be better for him if a great millstone were put around his neck and he were thrown into the sea.  If your hand causes you to sin, cut it off.  It is better for you to enter into life maimed than with two hands to go into Gehenna, into the unquenchable fire.  And if your foot causes you to sin, cut if off.  It is better for you to enter into life crippled than with two feet to be thrown into Gehenna.  And if your eye causes you to sin, pluck it out.  Better for you to enter into the kingdom of God with one eye than with two eyes to be thrown into Gehenna, where ‘their worm does not die, and the fire is not quenched.’”

My sisters and brothers in Christ,

”Are you jealous for my sake?”  We can almost hear Moses saying this to his followers in the Book of Numbers.  He is frustrated because his followers are clearly thinking about themselves and their positions and not about the Word of God which anyone can receive and proclaim.  The Gospel of Mark echoes this advice:  “There is no one who performs a mighty deed in my name who can at the same time speak ill of me.”  And we who follow Jesus as Lord must also become aware that God acts all around us and in His own way—and we are still called to be faithful.

The Book of Numbers shows the followers of Moses, in reality the followers of God, becoming irritated because others who were not chosen as Prophets began to prophesy.  Moses immediately realizes that it is from God but his followers are not so quick to catch on.  Just as in our Church we often have ways of thinking that exclude God from acting in certain ways—and we must always struggle against that.  Jesus comes to save the whole world.  So the question is often asked:  “Well, then, why have a Church?”

The second reading today is from the Letter of James.  The teaching is that we are invited to follow God in all things and not strive to amass wealth or fame or other things in this life.  Nothing will count in the end except faithfulness to the Lord God.  Yet in so many ways we all try to find a way to justify ourselves.  We always want something better.  We always want to look good in comparison with others.  We always want to be able to have enough and more than enough.  None of that will bring us into the presence of God.  The Prophets and all of Scripture keep telling us:  take up your cross and follow me!  Moses would respond to this reading again:  How I wish that all would follow the Lord!  How I wish that all were prophets!

The Gospel of Mark today gives us two clear teachings.  The first is the same at the Book of Numbers:  Never try to stop the works of God that happen around you because they don’t fit the way you think that they should happen!

Today many no longer think of the final judgment and many prefer to think that there is no hell.  Yet the teachings of our Church and of Jesus Himself speak of judgment and of hell.  They are not the focus of the teachings of Jesus.  Rather they form a backdrop.  Jesus really calls us to want all people to follow Him and for all people to seek good and to struggle against sin and evil.  This struggle takes place, however, in our freedom.  And in our freedom we can choose against God.

So this Sunday let us pray that all might be prophets, that all might struggle against sin and against harming anyone.  Let us give thanks for all who do good and pray that we also may do good.