Saint Peter Damian: sermon by Pope Benedict XVI from a general audience in 2009 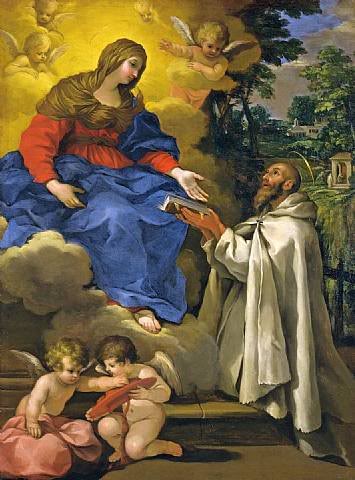 Today I would like to reflect on one of the most significant figures of the 11th century, St Peter Damian, a monk, a lover of solitude and at the same time a fearless man of the Church, committed personally to the task of reform, initiated by the Popes of the time. He was born in Ravenna in 1007, into a noble family but in straitened circumstances. He was left an orphan and his childhood was not exempt from hardships and suffering, although his sister Roselinda tried to be a mother to him and his elder brother, Damian, adopted him as his son. For this very reason he was to be called Piero di Damiano, Pier Damiani [Peter of Damian, Peter Damian]. He was educated first at Faenza and then at Parma where, already at the age of 25, we find him involved in teaching. As well as a good grounding in the field of law, he acquired a refined expertise in the art of writing the ars scribendi and, thanks to his knowledge of the great Latin classics, became “one of the most accomplished Latinists of his time, one of the greatest writers of medieval Latin” (J. Leclercq, Pierre Damien, ermite et homme d’Église, Rome, 1960, p. 172).

He distinguished himself in the widest range of literary forms: from letters to sermons, from hagiographies to prayers, from poems to epigrams. His sensitivity to beauty led him to poetic contemplation of the world. Peter Damian conceived of the universe as a never-ending “parable” and a sequence of symbols on which to base the interpretation of inner life and divine and supra-natural reality. In this perspective, in about the year 1034, contemplation of the absolute of God impelled him gradually to detach himself from the world and from its transient realties and to withdraw to the Monastery of Fonte Avellana. It had been founded only a few decades earlier but was already celebrated for its austerity. For the monks’ edification he wrote the Life of the Founder, St Romuald of Ravenna, and at the same time strove to deepen their spirituality, expounding on his ideal of eremitic monasticism.

One detail should be immediately emphasized: the Hermitage at Fonte Avellana was dedicated to the Holy Cross and the Cross was the Christian mystery that was to fascinate Peter Damian more than all the others. “Those who do not love the Cross of Christ do not love Christ”, he said (Sermo XVIII, 11, p. 117); and he described himself as “Petrus crucis Christi servorum famulus Peter, servant of the servants of the Cross of Christ” (Ep, 9, 1). Peter Damian addressed the most beautiful prayers to the Cross in which he reveals a vision of this mystery which has cosmic dimensions for it embraces the entire history of salvation: “O Blessed Cross”, he exclaimed, “You are venerated, preached and honoured by the faith of the Patriarchs, the predictions of the Prophets, the senate that judges the Apostles, the victorious army of Martyrs and the throngs of all the Saints” (Sermo XLVII, 14, p. 304). Dear Brothers and Sisters, may the example of St Peter Damian spur us too always to look to the Cross as to the supreme act God’s love for humankind of God, who has given us salvation.

This great monk compiled a Rule for eremitical life in which he heavily stressed the “rigour of the hermit”: in the silence of the cloister the monk is called to spend a life of prayer, by day and by night, with prolonged and strict fasting; he must put into practice generous brotherly charity in ever prompt and willing obedience to the prior. In study and in the daily meditation of Sacred Scripture, Peter Damian discovered the mystical meaning of the word of God, finding in it nourishment for his spiritual life. In this regard he described the hermit’s cell as the “parlour in which God converses with men”. For him, living as a hermit was the peak of Christian existence, “the loftiest of the states of life” because the monk, now free from the bonds of worldly life and of his own self, receives “a dowry from the Holy Spirit and his happy soul is united with its heavenly Spouse” (Ep 18, 17; cf. Ep 28, 43 ff.). This is important for us today too, even though we are not monks: to know how to make silence within us to listen to God’s voice, to seek, as it were, a “parlour” in which God speaks with us: learning the word of God in prayer and in meditation is the path to life.

St Peter Damian, who was essentially a man of prayer, meditation and contemplation, was also a fine theologian: his reflection on various doctrinal themes led him to important conclusions for life. Thus, for example, he expresses with clarity and liveliness the Trinitarian doctrine, already using, under the guidance of biblical and patristic texts, the three fundamental terms which were subsequently to become crucial also for the philosophy of the West: processio, relatio and persona (cf. Opusc. XXXVIII: PL CXLV, 633-642; and Opusc. II and III: ibid., 41 ff. and 58 ff). However, because theological analysis of the mystery led him to contemplate the intimate life of God and the dialogue of ineffable love between the three divine Persons, he drew ascetic conclusions from them for community life and even for relations between Latin and Greek Christians, divided on this topic. His meditation on the figure of Christ is significantly reflected in practical life, since the whole of Scripture is centred on him. The “Jews”, St Peter Damian notes, “through the pages of Sacred Scripture, bore Christ on their shoulders as it were” (Sermo XLVI, 15). Therefore Christ, he adds, must be the centre of the monk’s life: “May Christ be heard in our language, may Christ be seen in our life, may he be perceived in our hearts” (Sermo VIII, 5). Intimate union with Christ engages not only monks but all the baptized. Here we find a strong appeal for us too not to let ourselves be totally absorbed by the activities, problems and preoccupations of every day, forgetting that Jesus must truly be the centre of our life.

Communion with Christ creates among Christians a unity of love. In Letter 28, which is a brilliant ecclesiological treatise, Peter Damian develops a profound theology of the Church as communion. “Christ’s Church”, he writes, is united by the bond of charity to the point that just as she has many members so is she, mystically, entirely contained in a single member; in such a way that the whole universal Church is rightly called the one Bride of Christ in the singular, and each chosen soul, through the sacramental mystery, is considered fully Church”. This is important: not only that the whole universal Church should be united, but that the Church should be present in her totality in each one of us. Thus the service of the individual becomes “an expression of universality” (Ep 28, 9-23). However, the ideal image of “Holy Church” illustrated by Peter Damian does not correspond as he knew well to the reality of his time. For this reason he did not fear to denounce the state of corruption that existed in the monasteries and among the clergy, because, above all, of the practice of the conferral by the lay authorities of ecclesiastical offices; various Bishops and Abbots were behaving as the rulers of their subjects rather than as pastors of souls. Their moral life frequently left much to be desired. For this reason, in 1057 Peter Damian left his monastery with great reluctance and sorrow and accepted, if unwillingly, his appointment as Cardinal Bishop of Ostia. So it was that he entered fully into collaboration with the Popes in the difficult task of Church reform. He saw that to make his own contribution of helping in the work of the Church’s renewal contemplation did not suffice. He thus relinquished the beauty of the hermitage and courageously undertook numerous journeys and missions.

Because of his love for monastic life, 10 years later, in 1067, he obtained permission to return to Fonte Avellana and resigned from the Diocese of Ostia. However, the tranquillity he had longed for did not last long: two years later, he was sent to Frankfurt in an endeavour to prevent the divorce of Henry iv from his wife Bertha. And again, two years later, in 1071, he went to Monte Cassino for the consecration of the abbey church and at the beginning of 1072, to Ravenna, to re-establish peace with the local Archbishop who had supported the antipope bringing interdiction upon the city.
On the journey home to his hermitage, an unexpected illness obliged him to stop at the Benedictine Monastery of Santa Maria Vecchia Fuori Porta in Faenza, where he died in the night between 22 and 23 February 1072.

Dear brothers and sisters, it is a great grace that the Lord should have raised up in the life of the Church a figure as exuberant, rich and complex as St Peter Damian. Moreover, it is rare to find theological works and spirituality as keen and vibrant as those of the Hermitage at Fonte Avellana. St Peter Damian was a monk through and through, with forms of austerity which to us today might even seem excessive. Yet, in that way he made monastic life an eloquent testimony of God’s primacy and an appeal to all to walk towards holiness, free from any compromise with evil. He spent himself, with lucid consistency and great severity, for the reform of the Church of his time. He gave all his spiritual and physical energies to Christ and to the Church, but always remained, as he liked to describe himself, Petrus ultimus monachorum servus, Peter, the lowliest servant of the monks.

In his constant battle for the welfare of souls St Peter Damian took a very strong stance against “the Vice of Sodomy that surpasses all other Vice”. He rails:

“Without fail it brings death to the body and destruction to the soul. It pollutes the flesh, extinguishes the light of the mind, expels the Holy Spirit from the temple of the human heart, and gives entrance to the devil, the stimulator of lust. It leads to error, totally removes truth from the mind. … It opens up Hell and closes the Gates of Paradise. … It is this vice that violates temperance, slays modesty, strangles chastity, and slaughters virginity. … It defiles all things, sullies all things, pollutes all things. … This vice excludes a man from the assembled choir of the Church. … it separates the soul from God to associate it with demons. This utterly diseased queen of Sodom renders him who obeys the laws of her tyranny infamous to men and odious to God. … She strips her knights of the armor of virtue, exposing them to be pierced by the spears of every vice. … She humiliates her slave in the church and condemns him court; she defiles him in secret and dishonors him in public; she gnaws at his conscience like a worm and consumes his flesh like fire … this unfortunate man (he) is deprived of all moral sense. his memory fails and mind’s vision is darkened. Unmindful of God, he also forgets his own identity. This disease erodes the foundation of faith, saps the vitality of hope, dissolves the bond of love. It makes way with justice, demolishes fortitude, removes temperance, and blunts the edge of prudence. Shall I say more?”

1 Response to Saint Peter Damian: sermon by Pope Benedict XVI from a general audience in 2009