Were We Given Prophetic Warnings About Pope Francis? 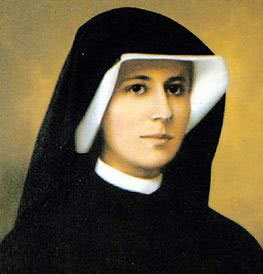 It is not generally known that St. Faustina, known for her role in establishing the devotion to Divine Mercy, penned an unusual entry into her diary on December 17, 1936. Entry 823 is as follows.

“I have offered this day for priests. I have suffered more today than ever before, both interiorly and exteriorly. I did not know it was possible to suffer so much in one day. I tried to make a Holy Hour, in the course of which my spirit had a taste of the bitterness of the Garden of Gethsemane. I am fighting alone, supported by His arm, against all the difficulties that face me like unassailable walls. But I trust in the power of His name and I fear nothing.”

Note that Faustina that day was making reparation for priests, an offering that brought upon her the worst suffering she had ever endured. But too, on that bitter day of December 17, 1936, was born Jorge Mario Bergoglio, who would later reign as Pope Francis, the 266th pontiff of the Roman Catholic Church.

Could it be that Faustina that day was atoning for the many priests, bishops, and cardinals of the future who would be misled by Francis? But too, could it be that her mysterious torment signaled the arrival of a future anti-pope who would destroy the Faith in the name of “mercy?”

While complacent Catholics entertain the false security that popes can never err or inflict harm on the Church, the fact remains that the papacy under Francis has become a debacle of error that has inflicted great harm on the Church. Aside from his having abetted anti-life forces, betrayed the underground Church in China, sacked loyal priests, empowered homosexuals, rewarded abortionists, praised Luther, blessed adultery, and denied the miracle of the loaves, Francis more than once has professed heresy.

For instance, on February 4, 2019, he signed a joint statement with the head of Egypt’s al-Azhar Mosque, which states that “diversity of religions” is “willed by God,” thus contravening the Church’s infallible teaching that God wills only the Roman Catholic Church, outside of which there is no salvation. https://onepeterfive.com/schneider-christian-god-willed/

This coincides with his ongoing efforts to dissuade Catholics from their attempts to convert other religions. For instance, he asked Moroccan Catholics on April 2 not to seek Catholic converts to the Faith, arguing that the Church’s mission does not consist in baptizing and converting people but in generating “change.”

Herein he denies the Church’s commission from Christ to bring the knowledge of God to the world and “teach all nations” (Matt. 28:19), that all peoples might leave their particular idols and creeds and be converted to the Catholic Church. Under the guise of brotherhood and mercy he withholds the mercy of God from mankind. 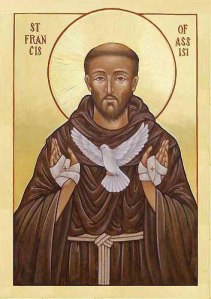 “At the time of this tribulation, a man, not canonically elected, will be raised to the Pontificate, who, by his cunning, will endeavor to draw many into error…. Some preachers will keep silence about the truth, and others will trample it under foot and deny it. Sanctity of life will be held in derision even by those who outwardly profess it, for in those days Jesus Christ will send them not a true pastor, but a destroyer.”

CP&S comment : There are few traditional Catholics in the Church today who still believe Pope Francis is a true pope, whether his election was canonically valid or not. His own unorthodox words, actions and refusal to affirm Catholic doctrines (e.g., the dubia questions) over more than six years of Pontificate, totally contrary to 2.000 years of Catholic Christian teaching and practice, have revealed his unworthiness. There are rumours going around that many of his closest aides in the Vatican are beginning to ask themselves if Jorge Bergoglio may not be suffering from some form of dementia. The dilemma facing the hierarchy now, is what to do about it!

This entry was posted in Uncategorized and tagged Pope Francis, St Francis of Assisi prophecy, St. Faustina. Bookmark the permalink.

6 Responses to Were We Given Prophetic Warnings About Pope Francis?