A Comment on NCR: Would this excellent news of the triumph over the Culture of Death in the Senate of Alabama have been possible were it not for a pro-life President? No way! “Truly these things have only come to pass under our President [Trump], who like the Magdalene, a reformed sinner raised up to bear testimony to the truth.” 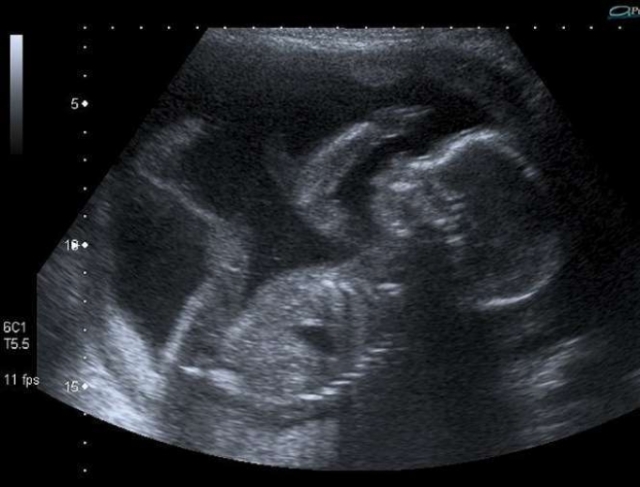 An unborn baby at 20 weeks

Bishop Robert Baker of Birmingham said in April that the legislation reflects “the strong commitment that the people of Alabama have to life.”

MONTGOMERY – The Alabama Senate approved a bill Thursday that will outlaw nearly all abortion in the state. The bill, which is expected to be signed by Gov. Kay Ivey, is intended to be a direct challenge to Roe v. Wade, the 1973 Supreme Court decision that declared unconstitutional state measures prohibiting abortion.

The Human Life Protection Act (HB314), if signed into law, will make attempting or performing an abortion a felony offense. Doctors who perform abortion would be charged with a Class A felony and could face between 10 years and life in prison.

The penalty would apply only to doctors, not to mothers, who, according to the bill’s sponsors, would not face criminal penalties for undergoing abortions.

The state Senate engaged in fierce debate last week, which ultimately erupted in a shouting match on the Senate floor,  over whether an exemption for cases of rape or incest should be included in the bill. A vote scheduled for May 10 was delayed after exemption was removed from the Senate’s bill following a voice vote May 9.

The measure does include a provision that would allow abortions “in cases where abortion is necessary in order to prevent a serious health risk to the unborn child’s mother.”

The bill defines a serious health risk as a condition requiring an abortion “to avert [the mother’s] death or to avert serious risk of substantial physical impairment of a major bodily function.”

Opponents pledged months ago to challenge the legislation in court. This is exactly what the bill’s sponsors expected. Supporters say court challenges could lead to a reversal  the Roe v. Wade decision.

Bishop Robert Baker of Birmingham said in April that the legislation reflects “the strong commitment that the people of Alabama have to life.”

In an April 3 statement, the bishop praised the lawmakers’ efforts.

“I strongly support these bills and stand behind the efforts of these legislators to promote life and to, hopefully in the near future, eliminate this evil we know as abortion from within the boundaries of the State of Alabama; and, eventually, to make the killing of unborn children in our country something that is no longer viewed as anything but the horrendous and inhumane killing of the most innocent among us that it is,” he said.

Rep. Terri Collins (R-Decatur), sponsor of the House bill, said the bill passed Thursday is designed to “confront a decision that was made by the courts in 1973 that said the baby in a womb is not a person,” Collins added. “This bill addresses that one issue. Is that baby in the womb a person? I believe our law says it is.”

“It is meant to actually use some of the same language that is addressed in Roe vs. Wade. So, hopefully it just completely takes it all the way to the Supreme Court eventually to overturn.”