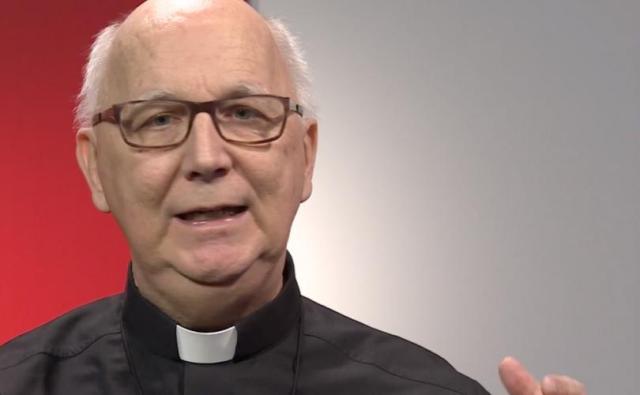 Bishop Marian Eleganti stated his belief that God would not allow a consecrated host to be the carrier of a virus.

An outspoken Swiss auxiliary bishop has been censored by his brother bishop who is an apostolic administrator after criticizing the Church’s response to the coronavirus epidemic and stating his belief that God would not allow the consecrated host to be the carrier of a virus.

Bishop Bürcher stated that Bishop Eleganti’s comments on the coronavirus pandemic were not previously discussed with him or with the Episcopal Commissioner for Media and Communication.

“Accordingly, confusion has arisen among the faithful and in the public about the attitude of the diocese of Chur in this regard. For this reason I have instructed auxiliary bishop Marian that in the future he will only voice his opinion to the media in agreement with me and the diocesan press officer,” Bishop Bürcher said.

In an interview with Catholic news website kath.net, Eleganti had accused parts of Church leadership of following “only the logic of the state, the secular one.” Government directives are “implemented obediently, but no longer that wisdom by faith and prayer, which is folly and scandal to the world, but which in our context could be expected from the Church.”

He also stated his belief that Christ, who is truly present in the Eucharist, would not allow the host to be a carrier of something harmful to those who receive.

“How faith in the real presence of Christ in the Host … can exist together with the fear of a deadly contamination from which the God present in the Host will not save me is a mystery to me.”

The auxiliary bishop was criticized  for his view.

Raphael Rauch, editor in chief of the Swiss Catholic news service Kath.ch, calledEleganti a “horror clown,” adding that “he’s exploiting a crisis for his ecclesio-political agenda.”

“In view of the many victims that the Corona pandemic has already claimed, his talk of ‘God’s punishment’ is simply cynical,” she said. The assumption that Holy Water cannot transmit diseases is “irresponsible and dangerous superstition.”

The Swiss Bishops’ Conference distanced itself from Eleganti: “Auxiliary Bishop Marian Eleganti’s statements are of a purely personal nature and therefore obligate only him,” a spokeswoman said.

Eleganti was not surprised by the negative reactions to his video. However, he called criticism by fellow Catholics “astonishing.”

He told LifeSiteNews in comments earlier this week that the Eucharist is a “supernatural reality” that cannot be understood from a simply natural perspective.

“For the naturalists among us, there is no supernatural reality. Even the Catholic belief that a blessing will change something about the water is irrational for them, and at best it is psychology. Not to speak of the Catholic belief in the transubstantiation of the Holy Host into the Body of Christ at Holy Mass. What can at most be expected of their so-called reason is a symbolic understanding of transubstantiation and the consecrated host,” he said.

“I would like to ask them: In which claim is there more faith in miracles or more faith in supernatural reality? When I claim that in Holy Mass, through the priest’s words of consecration, the bread is transformed into the Body of Christ, which we believe, or when I claim that the Body of Christ, which I receive in Holy Communion, will not harm us in the current context, which they obviously cannot believe (hence the precautions, the effectiveness of which I doubt for my part)? May they themselves answer my question in their own conscience. I, for my part, remain faithful to my belief in the salvific effect and power of the Holy Eucharist, because for me it is the present God, the Body of Christ,” he added.

St. Thomas Aquinas, in addressing a similar difficulty in the Summa Theologica, indicated that while Transubstantiation changes the substance of the bread and wine into the body and blood of Jesus, the accidental properties remain and could, therefore, harm the individual if contaminated by poison, for instance.

He wrote in IIIa Q83 a.6, ad3 of the Summa: “If it be discovered that the wine has been poisoned, the priest should neither receive it nor administer it to others on any account, lest the life-giving chalice become one of death.”

In a similar vein, priests generally make sure that Consecrated Hosts are consumed within a certain period of time to avoid the danger of them going rancid or decaying.