Reflection for Easter Sunday – Cycle A 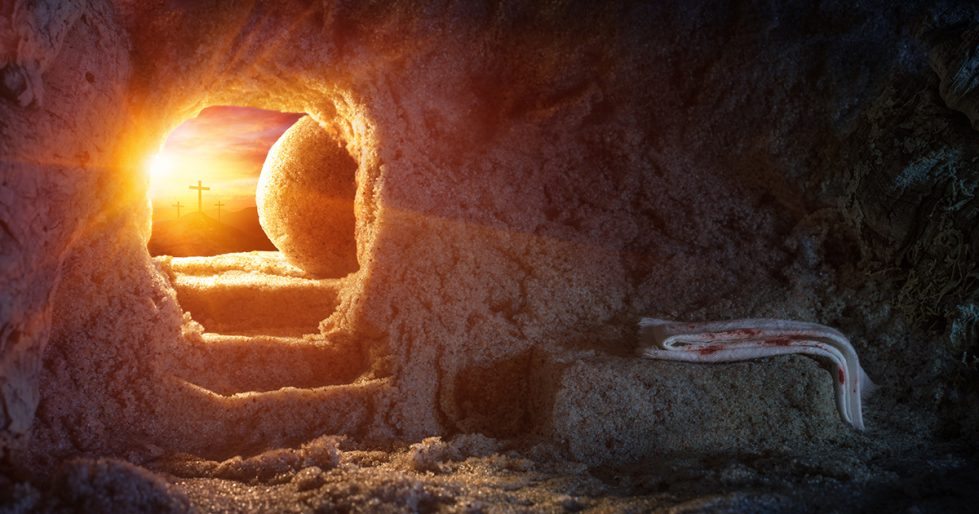 Peter proceeded to speak and said: “You know what has happened all over Judea, beginning in Galilee after the baptism that John preached, how God anointed Jesus of Nazareth with the Holy Spirit and power. He went about doing good and healing all those oppressed by the devil, for God was with him. We are witnesses of all that he did both in the country of the Jews and in Jerusalem. They put him to death by hanging him on a tree. This man God raised on the third day and granted that he be visible, not to all the people, but to us, the witnesses chosen by God in advance, who ate and drank with him after he rose from the dead. He commissioned us to preach to the people and testify that he is the one appointed by God as judge of the living and the dead. To him all the prophets bear witness, that everyone who believes in him will receive forgiveness of sins through his name.

They did not yet understand the Scripture, that he had to rise from the dead, says the Gospel of John. Saint Paul will tell us that if Christ has not been raised, then we are the most foolish of people. Only really believing in the Resurrection of Christ makes sense of the life of Christ. Only believing that the Resurrection actually happened and is not just something that happens in the minds of those who believe—this makes sense.

Mary of Magdala, in this account, sees that the stone is moved and knows immediately that the body of Jesus is not there and so she runs to Peter and the other disciple whom Jesus loved. They go first to investigate. Mary is not thinking that Jesus has risen, but simply that His body has been taken.

What began on last Thursday night with betrayal, what turned into disaster with suffering and death, has simply been accepted by this woman who had such respect and love for Jesus. She who is known as the Apostle to the Apostles is a moving example for all of us. From unbelief, she moves to belief and commitment.

If there is a strong theme for the day Mass of Easter Sunday, it is the theme of Christ’s Resurrection changing his followers from sadness and mourning and doubt and even rejection to joy and complete belief.

The first reading, from the Acts of the Apostles, relates how different Peter is after believing in the Resurrection of Christ. The second reading, from the Letter to the Colossians instructs us to begin thinking about what is above because we have actually died with Christ and now have a new life.

How wonderful is the power of the Resurrection of our Lord. Timid and fearful followers become evangelizers who no longer fear anything. Those who felt that they must have been duped in Jesus now come to accept that God was working in Jesus and bringing all of us salvation. Even the Apostle Thomas, the theme of this coming Sunday’s liturgy, is willing to be convinced but does not really think that he will be convinced.

We, no matter at what stage we find ourselves in our faith, can allow today’s reading to draw us closer to Christ, to believe more deeply in the Resurrection and to empower us with the strength and joy of the Holy Spirit. Christ is risen! Our lives are changed forever. Let us rejoice and be glad!

This entry was posted in Benedictine Monastery of Christ in the Desert, Biblical Reflection. Bookmark the permalink.

2 Responses to Reflection for Easter Sunday – Cycle A