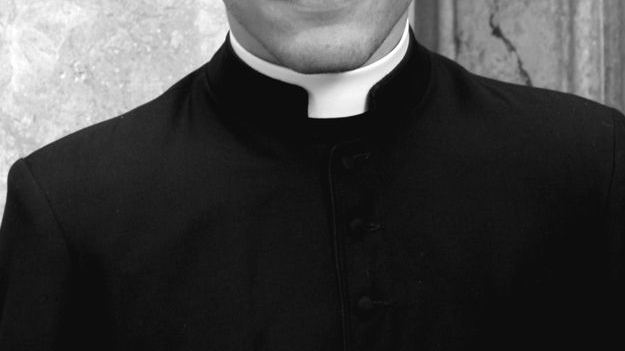 By Brother Alexis Bugnolo at “From Rome”:

The news is as incredible as it is terrifying. The Bishop of Brescia, Italy, has had Don Gianluca Loda forcibly removed from his residence by a squad of police and taken to a mental hospital, where he is now being kept against his will. (He is the priest in the cassock on the left of the featured image.)

The full story is reported by Aldo Maria Valli.

His crime or offense? Nothing to do with the Catholic religion. No, rather, he publicly acted as if the new cult of COVID-19 is a false religion. That is, he ate pizza at a restaurant without wearing a mask. Was fined by the police, and then in the evening returned and ate pizza alone without a mask.

The matter being reported to his bishop, Pierantonio Tremolada, a decision was made with the consultation of other priests, to order what appears to be a TSO — a forcible sequestration of person for reasons of mental health.

Police broke into the rectory through a window and seized his person and dragged him away.

His fate and location are not known. It is said that he has been taken to a hospital for observation.

Father Loda is known to be a sane and rational man. He has publicly criticized the government approved Islamic invasion of Europe. He openly decries the Masonic agenda of the European Union. And I infer, from his recent behavior at the restaurant that he might have criticized the VIRUS mass which the Government, with the supine agreement of the Bishops’ Conference, has imposed on the Church, making it impossible for Catholics to worship anywhere in Italy without mixing the politics of lies, deceit and terror above that of the worship of Jesus Christ.

This entry was posted in Uncategorized and tagged Bishop of Brescia, Catholic Hierarchy, Covid 19. Bookmark the permalink.