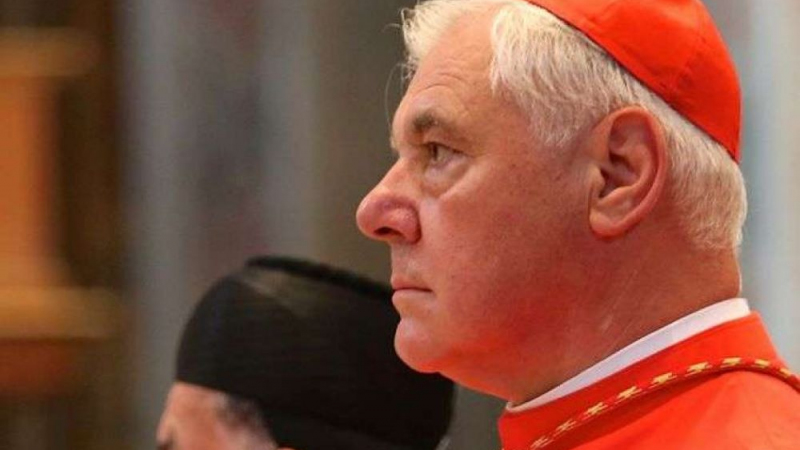 After the denunciation of the working document of the forthcoming Synod on the Amazon by Cardinal Walter Brandmüller, three new criticisms have been drawn up in July. The first comes from Cardinal Gerhard Ludwig Müller, the former prefect of the Congregation for the Doctrine of the Faith.

Cardinal Müller published his criticism of the Roman document, under an opinion column, in the German newspaper Die Tagespost on July 16. This method of proceeding reveals the climate that currently reigns in Rome where, they say, cardinals can only be heard under the condition of not speaking…

A Sacralization of the Cosmos, Nature, and the Ecology of Biodiversity

The German prelate denounced Instrumentum laboris (IL) which gives to the particular case of the Amazon the merit of a universal example: “The Amazon region is to serve for the Church and for the world ‘as a pars pro toto, as a paradigm, as a hope for the whole world.’ (IL 37) Already this very task assignment itself shows forth the idea of an ‘integral’ development of all men in the one house of the earth, for which the Church declares herself to be responsible. This idea is again and again to be found in the Instrumentum Laboris.”

He emphasized the imprecision of the expressions used, “the key terms are not being clarified and they are overused: what is a synodal path, what is integral development, what does a Samaritan, missionary, synodal, and open Church mean, or a Church reaching out, the Church of the Poor, the Church of the Amazon, and more?”

Cardinal Müller also pointed out the few references to the previous Magisterium: “The whole line of thought turns in self-referential and circular ways around the newest documents of Pope Francis’ Magisterium, furnished with a few references to John Paul II and Benedict XVI. Holy Scripture is being quoted little, and the Church Fathers barely at all, but then only in an illustrative manner, and for the sake of supporting convictions that are already preexisting for other reasons. Perhaps one wishes thereby to show a special loyalty to the Pope, or one thus believes oneself to be able to avoid the challenges of theological work when one constantly refers back to his well-known and often repeated keywords, which the authors call – in a pretty sloppy manner – “his mantra” (IL 25). This flattery is then being carried to its extreme when the authors also add – after their statement that “the active subjects of inculturation are the indigenous peoples themselves” (IL 122) – the odd formulation, namely: “As Pope Francis has affirmed, ‘Grace supposes culture.’” As if he himself had discovered this axiom – which is of course a fundamental axiom of the Catholic Church herself.  In the original, it is Grace which presupposes Nature, just as Faith presupposes Reason (see Thomas Aquinas, S. th. I q.1 a.8).”

The high prelate is also surprised to see the Amazon presented as a “theological place”: “Next to the confusing of the roles of Magisterium on the one side and of Holy Scripture on the other, the IL even goes so far as to claim that there are new sources of Revelation. IL 19 states: “Furthermore, we can say that the Amazon – or another indigenous or communal territory – is not only an ubi or a where (a geographical space), but also a quid or a what, a place of meaning for faith or the experience of God in history. Thus territory is a theological place where faith is lived, and also a particular source of God’s revelation: epiphanic places where the reserve of life and wisdom for the planet is manifest, a life and wisdom that speaks of God.” If here a certain territory is being declared to be a “particular source of God’s Revelation,” then one has to state that this is a false teaching, inasmuch as for 2,000 years, the Catholic Church has infallibly taught that Holy Scripture and Apostolic Tradition are the only sources of Revelation and that no further Revelation can be added in the course of history.”—This is true, but do they not say, since Vatican II, that the Church must examine the “signs of the times” by beginning to listen to the aspirations of modern man and the needs of the world, through dialogue and the “culture of encounter”?

Where the Amazon Takes Its Source From the Rhine

The influence of the progressivist Germans in the writing of the working documents for the next synod has not escaped Cardinal Müller: “the organization Rete Ecclesiale Panamazzonica (=REPAM) – which has been tasked with the preparation of the IL and which was founded for that very reason in 2014 – as well as their authors, of the so-called Theologia india [Indian Theology], mostly quote themselves.”

“It is a closed society of people with absolutely the same worldview, as can easily be seen on the list of names of pre-synod meetings in Washington and Rome, which contains a disproportionately large number of mostly German-speaking Europeans.”

“[This closed society] is immune to serious objections, because [in their view] these can only be based on monolithic doctrinalism and dogmatism, or ritualism (IL 38; 110; 138), as well as on clericalism that is incapable of dialogue (IL 110), and on the rigid way of thinking of the pharisees and on the pride of reason on the side of the scribes. To argue with such people would just be a loss of time and a wasted effort.

The German prelate continues: “Not all of them have experience with South America and are only present because they think it to be in accordance with the official line and because they control the themes at the synodal path of the German Bishops’ Conference and of the Central Committee of German Catholics (abolishment of celibacy, women in the priesthood and in key power positions against clericalism and fundamentalism, adapting the revealed sexual morality to the gender ideology and to the appreciation for homosexual practices)—this synodal path that is  currently taking place in Germany.”

At its base, the former prefect for the Congregation for the Doctrine of the Faith castigates an animist pantheism, updated by the New Age European: “A cosmovision with its myths and the ritual magic of Mother “Nature,” or its sacrifices to “gods” and spirits which scare the wits out of us, or lure us on with false promises, cannot be an adequate approach for the coming of the Triune God in His Word and His Holy Spirit. Much less can the approach be a scientific-positivistic world view of a liberal bourgeoisie which accepts of Christianity only a comfortable remnant of moral values and civil-religious rituals… The cosmos, however, is not to be adored like God, but only the Creator Himself. We do not fall on our knees before the enormous power of nature and before “all kingdoms of the world and their splendor” (Mt. 4:8), but only before God, “for it is written, the Lord thy God shalt thou adore, and Him only shalt thou serve” (Mt. 4:10). It is thus that Jesus rejected the diabolical seducer in the desert.”

And Cardinal Müller concludes with the necessity of reaffirming “the supernatural character of Grace, so that the integrity of man does not only consist of the unity with a bio-nature, but in the Divine Sonship and in the grace-filled communion with the Holy Trinity and so that eternal life is the reward for the conversion to God, the reconciliation with Him, and not only with the environment and our shared world. One cannot reduce the integral development merely to the provision of material resources. Because man receives his new integrity only by way of perfection in Grace, here now in Baptism, whereby we become a new creature and children of God, and then one day in the Beatific Vision in the community of the Father, and the Son, and the Holy Spirit and in communion with His saints. (1 Jn. 1:3; 3:1 seq).”

“Instead of presenting an ambiguous approach with a vague religiosity and the futile attempt to turn Christianity into a science of salvation by sacralizing the cosmos and the biodiverse nature and ecology, it is important to look to the center and origin of our Faith: “In His goodness and wisdom God chose to reveal Himself and to make known to us the hidden purpose of His will (cf. Ep. 1:9) by which through Christ, the Word made flesh, man might in the Holy Spirit have access to the Father and come to share in the divine nature.”

This entry was posted in Amazon Synod, Society of St. Pius X. Bookmark the permalink.