A Postage Stamp from the Vatican to “Commemorate” Luther’s Revolt?

Today I got a message from some Catholic Irish friends, saying (more or less):

“It’s OK guys – looks like it’s been a false alarm! Below is the final design for the stamp to be issued by Vatican City to mark the 500th anniversary of Luther’s rebellion. An appropriate depiction of heresiarch, Martin Luther, one we can all get behind – right?  Nothing more than what Catholics would expect from the Magisterium of the One Holy Catholic and Apostolic Church to commemorate such a massively evil deed of far-reaching consequences – right?….” 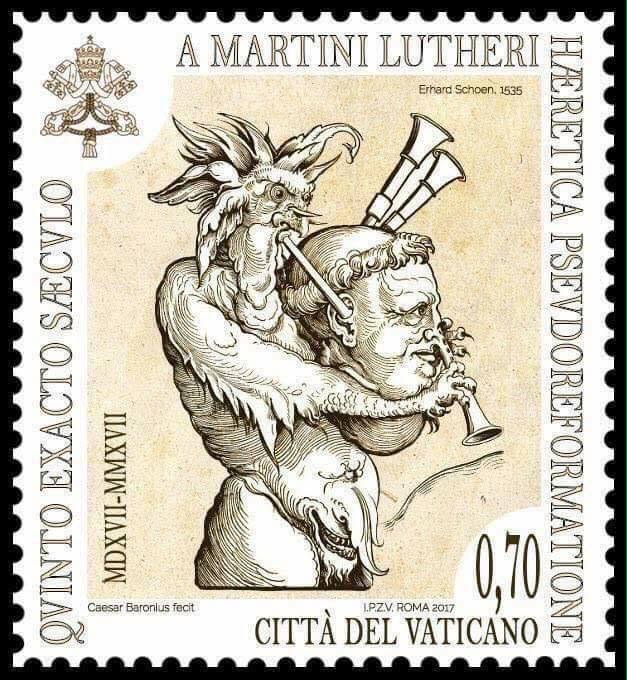 UNFORTUNATELY IT WAS A JOKE!…. 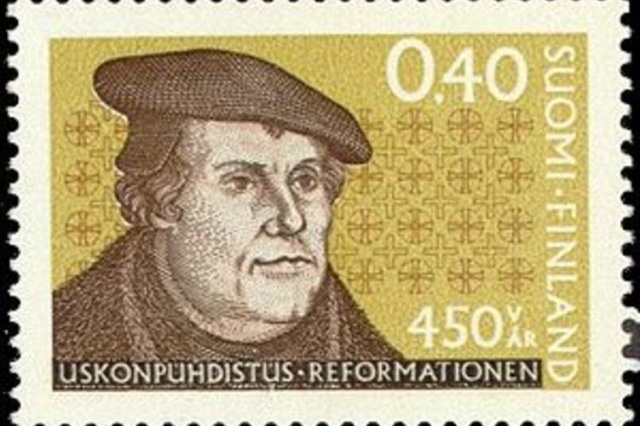 Illustrative stamp issued by Finland in 1967.

The Vatican plans to issue a stamp featuring the face of the heresiarch Martin Luther to commemorate the 500th anniversary of the Reformation.

The Vatican’s Philatelic and Numismatic Office 2017 list does not refer to Martin Luther but instead states “The fifth centenary of the Protestant Reformation.” The Vatican confirmed to LifeSiteNews that Martin Luther will be celebrated with a postage stamp in 2017.

In January 2017 the Vatican’s Pontifical Council for Christian Unity issued a document recognising Martin Luther as “a witness to the gospel”.

Martin Luther is a heresiarch, the founder of a heresy. Heresy is a rupture that wounds the unity of Christ’s Body, that does not occur without human sin. (CCC 817). As canon law defines it, “Heresy is the obstinate denial or obstinate doubt after the reception of baptism of some truth which is to be believed by divine and Catholic faith”. (Can. 751).

How are Catholics expected to take this incredible and treacherous action of the Vatican’s? How can a revolution that brought about the breaking apart of Christendom, the catalyst that has led untold millions into heresy, opened the doors to Secularism and spiritual death, now call the heresiarch who instigated the whole revolt, “a witness to the gospel”? And then issue a stamp to “celebrate” the occasion. It’s an absolute scandal!

18 Responses to A Postage Stamp from the Vatican to “Commemorate” Luther’s Revolt?