Idea for the Pan-Amazonian #Synod2019

This, from the Twitter feed of Union Seminary in NYC (non-denominational at Columbia U).

This is a GREAT idea for the upcoming Synod! They could bring in all sorts of trees and plants, maybe with some snakes and frogs still in them and then collectively confess our sins against them.

Today in chapel, we confessed to plants. Together, we held our grief, joy, regret, hope, guilt and sorrow in prayer; offering them to the beings who sustain us but whose gift we too often fail to honor.

What do you confess to the plants in your life? 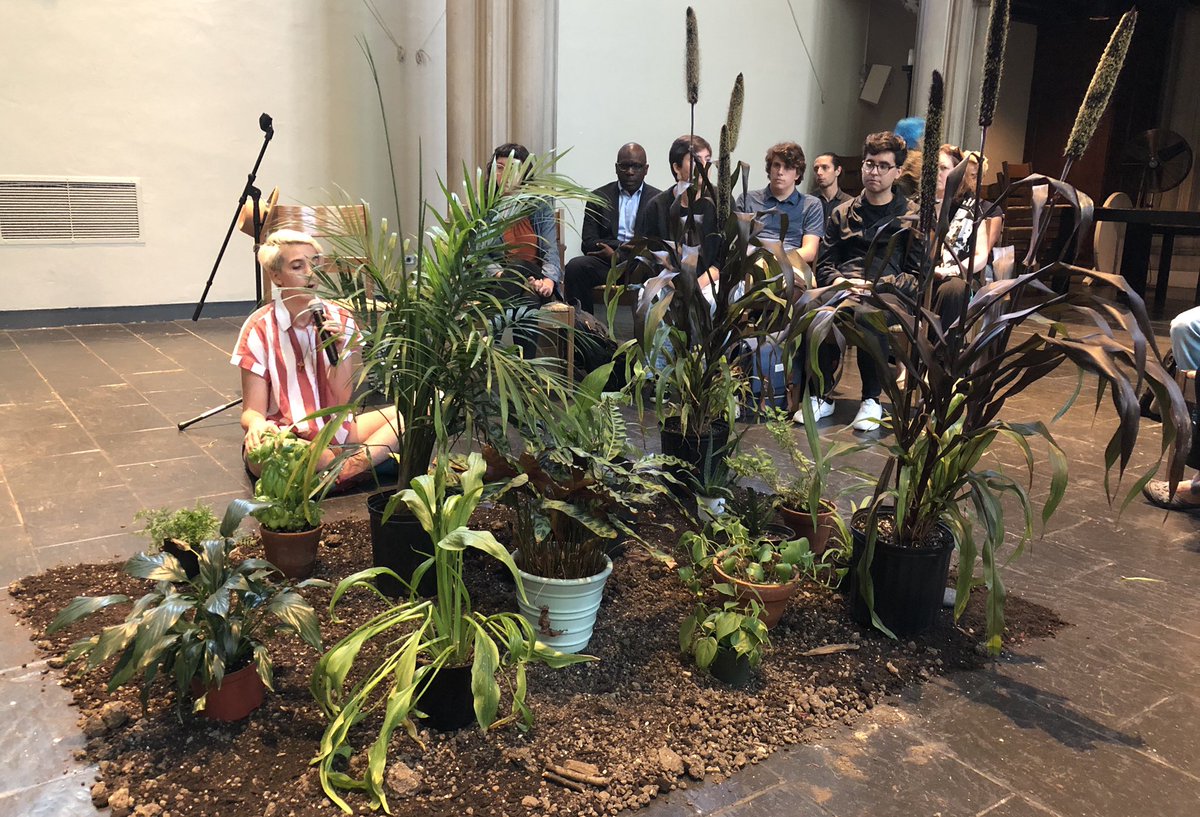 We have a lot to apologize for.

Think of all the plants being abused because of climate change!

We are making those poor plants work harder than ever before to save us from ourselves.  They are sacrificing their own well-being to keep us from destroying creation with our closed-minded, blinkered, selfish materialist rape of the Amazon forests.

From an ecological point of view, the Instrumentum laboris represents the Church’s acceptance of the deification of nature promoted by the UN conferences on the environment.

In fact, official UN documents, already in 1972, claimed that man has mismanaged natural resources mainly due to “a certain philosophical conception of the world.” While “pantheistic theories … attributed part of the divinity to living beings … scientific discoveries led to … a kind of desacralization of natural beings,” the best justification of which is reaffirmed “in the Judeo-Christian conceptions according to which God created man in his image and gave him the earth to subdue.” Conversely, the UN said, practicing the cult of ancestors “constituted a bulwark for the environment, since trees or water courses were protected and revered as a reincarnation of ancestors” (Aspects éducatifs, sociaux et culturels des problèmes de l’environnement et questions de l’information, UN General Assembly, Stockholm, June 5-6 1972, A/CONF.48.9, p. 8 & 9).

In the closing speech of Rio 92 in Rio de Janeiro, the then-UN Secretary General, Boutros Boutros-Ghali declared that “for the ancients, the Nile was a god that was worshiped, as was the Rhine, an infinite source of European myths, or the Amazon rainforest, mother of all forests. Everywhere, nature was the home of gods. They gave the forest, the desert, the mountain, a personality that imposed adoration and respect. The Earth had a soul. Finding it, resurrecting it: this is the essence [of the Intergovernmental Conference] in Rio.” (A / CONF.151 / 26, vol. IV, p. 76).

And this neo-pagan UN agenda is now proposed by a Synodal Assembly of the Catholic Church!

Citing a document from Bolivia, the Instrumentum laboris states that, “the forest is not a resource to be exploited, it is a being or more beings with which to relate” (n ° 23); it continues by stating that “The life of the Amazon communities still unaffected by the influence of Western civilization [sic], is reflected in the beliefs and rituals regarding the action of spirits, of the divinity – called in so many names – with and in the territory, with and in relation to nature. This cosmovision [I learned a new word!] is summarized in the “mantra” of Francis: ‘everything is connected’” (n ° 25).

We have no time to lose!

Apologize to your houseplants today!

This entry was posted in Uncategorized and tagged Amazon Synod (2019), Climate Change. Bookmark the permalink.

2 Responses to Idea for the Pan-Amazonian #Synod2019