Cardinal Raymond Burke,prefect of the Apostolic Signatura, has singled out disobedient bishops and Catholic politicians as two groups within the Church who are undermining the culture of life.

‘ The prelate stressed the essential role of obedience in promoting a culture of life,and lamented that even some bishops had openly dissented from Pope Paul VI’s 1968 encyclical Humanae Vitae,which reiterated the Church’s opposition to contraception. 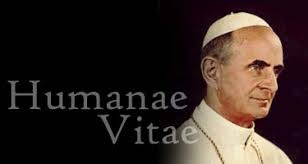 “A most tragic example of the lack of obedience of faith,also on the part of certain Bishops,was the response of many to the Encyclical Letter Humanae vitae,” he said.  “If the shepherd is not obedient,the flock easily gives way to confusion and error.”

But when the bishop is obedient to the Magisterium,he continued,“then the members of the flock grow in obedience and proceed,with Christ,along the way of salvation.”

“The shepherd must be especially attentive to the assaults of Satan who knows that,if he can strike the shepherd,the work of scattering the flock will be made easy.’

Cardinal Burke mentioned specifically a talk by Health and Human Services Secretary Kathleen Sebelius,who claims to be a practicing Catholic,  for the abortion lobby group NARAL on Oct. 6th.  “It is profoundly saddening to note that [Sec. Sebelius] presents herself as a practicing Catholic,while engaging in public speech which is gravely injurious to good morals,” he said.

“Catholics in public office,who obstinately persist in advocating and providing for the most egregious violations of the natural moral law,are the cause of the gravest scandal. They confuse and lead into error their fellow Catholics and non-Catholics alike regarding the most fundamental truths of the moral law.”

Cardinal Burke then outlined the harm caused to humanity by the ‘contraceptive mentality’:

“The so-called ‘contraceptive mentality’ is essentially anti-life,” the cardinal insisted.  “Many forms of so-called contraception are,in fact,abortifacient,that is,they destroy,at its beginning,a life which has already been conceived.”

“Through the spread of the contraceptive mentality,especially among the young,human sexuality is no longer seen as the gift of God,which draws a man and a woman together,in a bond of lifelong and faithful love,crowned by the gift of new human life,but,rather,as a tool for personal gratification,” he explained.

Correcting this “contraceptive thinking,” he said,is “essential to the advancement of the culture of life.”

Protect the Pope comment:Both disobedient bishops and Catholic politicians are a source of grave scandal within the Church,causing untold harm to the proclamation of the Gospel and the destiny of souls.

There is a southern bishop of England and Wales who publicly mocked Bishop Patrick O’Donoghue for saying that adherence to Humanae Vitae was the litmus test of obedience in the Church for our generation. This bishop went on to sneer,‘Most Catholics don’t know what Humanae Vitae is anyway!’

This from a successor to the Apostles who has been charged with proclaiming the truth and protecting his people. Protect the Pope would ask this bishop,‘Whose fault is it that your people don’t know what Humanae Vitae is,my Lord?’

This entry was posted in Catholic Moral Teaching and tagged Deacon Nick, Protect the Pope. Bookmark the permalink.